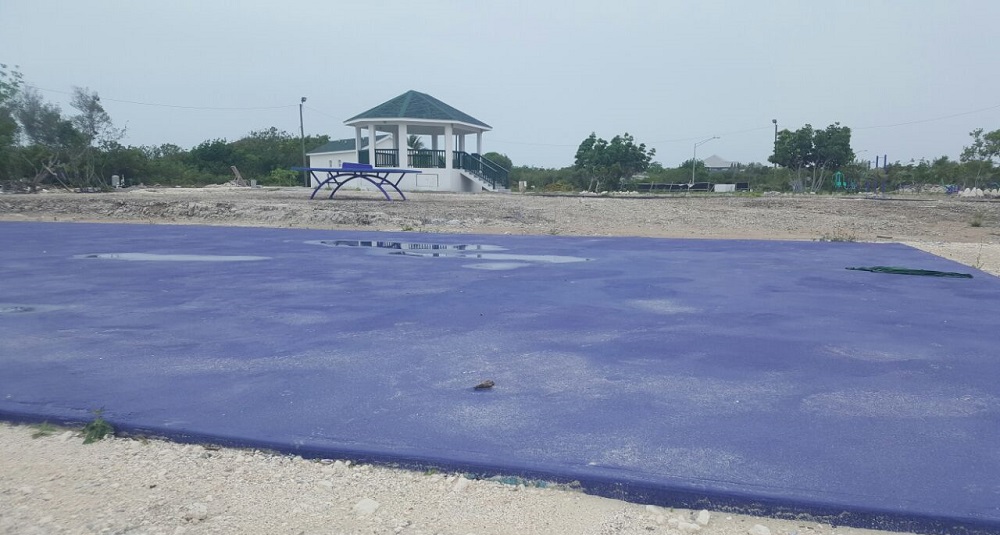 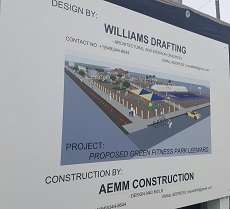 Turks and Caicos, May 25, 2017 – Providenciales – The country’s first green park is completed but the final product is a far cry from what was touted at the ground breaking in June last year and almost nothing like what was shown in the project design.   There are no clearly defined natural trails, the layout is awkward and different from promoted pictures, there are no lights, no bleachers and no guard posts.

Magnetic Media contacted both the Minister of Public Works and the Member of Parliament for the Leeward and Long Bay constituency about the half a million dollar project, which appears to be a flop.

“As far as I’m concerned the park was badly designed, we have equipment out in the open and that should never be, because the wear and tear, and corrosion that go on there, you will have to change that equipment regularly.”

Hon Akierra Missick told us that she has been requesting updates on the park which started under her ministry of Youth and Sports and which was should have been completed since November 2016; she said those updates are hard to get.

Magnetic Media sent photos of what we met at the site on Yellow Elder street, she said this:  “Then it’s not finished and the government must ensure that it is.   If I was there, I would be overseeing it like the other projects under my ministry.    If there are no bleachers, the contract is not concluded, if no lights, there is a substantial contract setting out what is to be done.    When I visited, I met a man on site and he said, he was still working for the contractor.”

But the green park was under her ministry up until December 16, 2016, still the job was not done and now the public is stuck with a dysfunctional park which no one appears to know is even open.

South Caicos also got a green park, where the design leaves equipment exposed to the elements.   Minister Goldray Ewing in that one on one with Magnetic Media said the green park in Leeward is an example of what not to do as the country continues to get more outdoor spaces funded by the public purse. 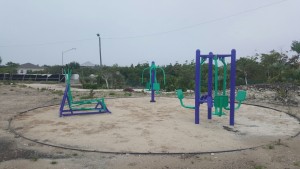 “Unfortunately, that is not the case, and I don’t see where we are going to invest any money in that area right now knowing that other areas have needs for that type of parks as well.  I think we need to address the areas that mostly need it now.”   The minister also said this park is not a priority as there are other communities also in need.

Williams Drafting was responsible for the construction; we contacted Bro Will, who declined a formal interview, delivered some rough words and then hung up the phone.   But before he cut us off, he said the work is done and there are only swings to come.   The green parks were allotted $900,000 under the former PNP government administration.