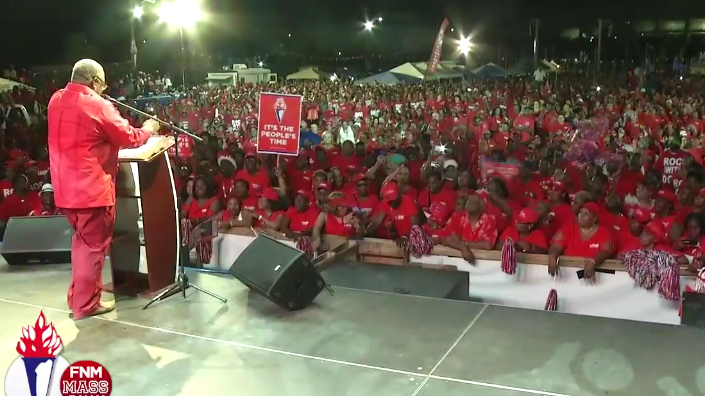 Bahamas, May 4th 2017, Nassau: Sherlyn Hall must go! The words of Former Prime Minister Hubert Ingraham on the FNM platform in Nassau just hours after thousands stood for hours in long lines waiting to cast their ballot at special voting centres on Wednesday. Describing the current acting parliamentary Registration Commissioner, Sherlyn Hall as incompetent for the job, Ingraham laid the blame on PM Perry Christie for the chaos ensued at polling stations. He says the Prime Minister was well aware, and “warned in advance that Hall was not fit for the job”, and called for him to retire forthwith.

Ingraham described the chaotic situation on Wednesday served as embarrassing for The Bahamas as a nation before the international community as it displayed its inability to conduct a fair electoral process. He cited the last time such confusion erupted during polling, was in 1987; which was 30 years ago.  He went on to question why the “The minister responsible for the Electoral process was unable to comment on the matter, as well as the Prime Minister, who is responsible for our democracy, stayed quiet”.