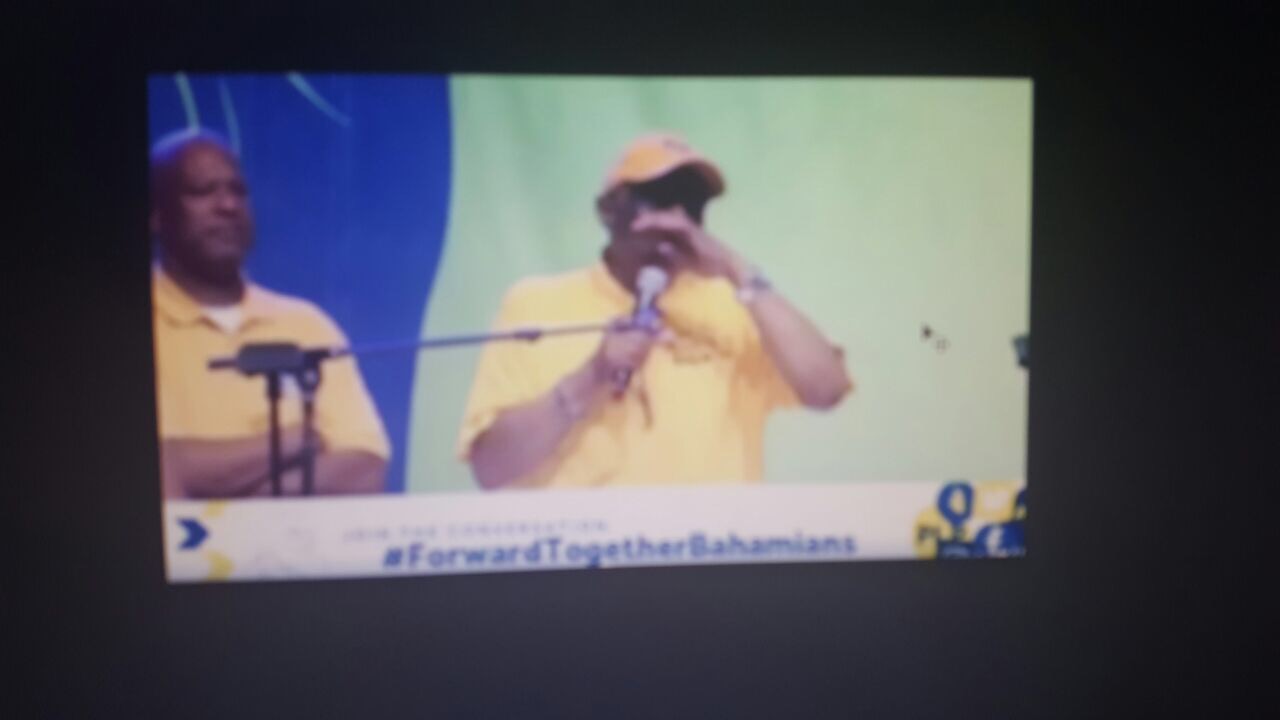 Bahamas, April 28, 2017 – Nassau – PLP Chairman, Bradley Roberts has stated, “Dr. Bernard Nottage is said to be suffering from dehydration,” However, throughout social media, supporters are questioning whether or not the PLP is withholding the real severity of Dr. Nottage’s health as his behavior didn’t quite resemble that of someone with symptoms of dehydration last evening.

Suspicions have been circulating ever since Minister of National Security, Dr. Bernard Nottage took the stage at a Progressive Liberal Party (PLP) rally at RM Baily Park. 71-year old Dr. Nottage stunned onlookers as well as online viewers when he began sweating, mispronouncing and slurring his words, making his speech almost incoherent. Nottage eventually had to be escorted off stage by PLP security.

Though his entrance was greeted with the crowd shouting “BJ! BJ” words such as seeking, declare, follow, sacrifice, difficult, Defense Force, Police Force and even Bahamas became extremely difficult for Dr. Nottage to pronounce. Thus, in less than 10minutes the DJ had to raise the volume of the music to overpower Nottage, leaving the crowd aghast and at a stand still.

At present, there are over 14,000 online views of his address and it has caused extreme backlash. This, however, was not the first time Dr. Nottage appeared disoriented. In February, Nottage came under heavy scrutiny having had a similar incident. While in the House of Assembly, Dr. Nottage began stumbling his words and took a long pause while addressing House Speaker, Dr. Kendal Major as he attempted to set a date for adjournment of the lower chamber.

Many viewers are also questioning why no one came to Dr. Nottage’s aid immediately after realizing he was struggling. His wife as well as other PLP candidates were present onstage at the time, and neither intervened until the music was raised. It also appeared that Nottage, being disorientated, did not see the need to cut his speech short nor realized he had lost the interest of the crowd. Others are wondering if the Christie administration would allow him to continue to campaign amid obvious health concerns.

Nevertheless, Bradley Roberts has confirmed, “He is at home resting.” Adding that the Prime Minister spoke with him and, “He is expected to fully recover.”