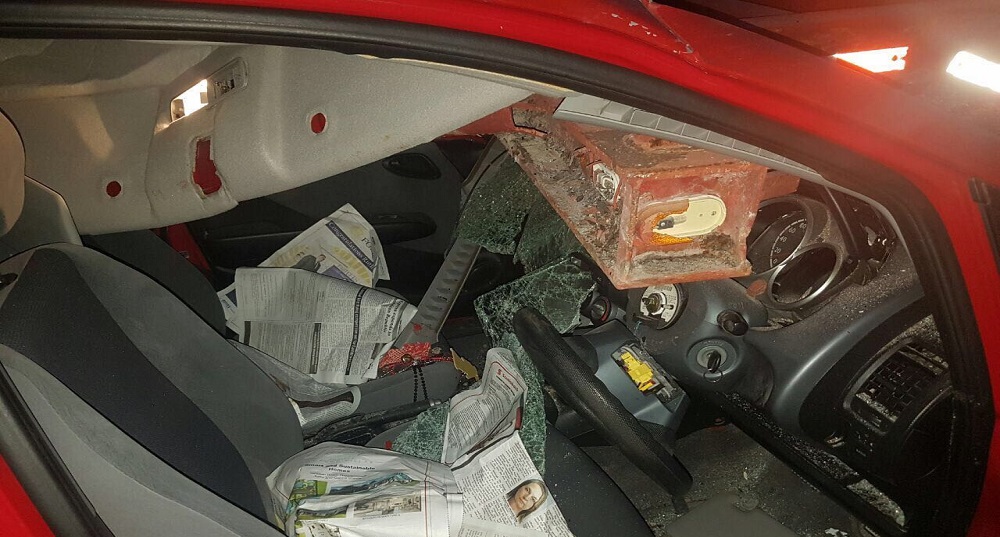 Turks and Caicos, April 24, 2017 – Providenciales – A strange traffic scene, as yet another lone car collision happened on the weekend and on South Dock Road.  A man reportedly fell asleep at the wheel and his car steered right into a flat bed truck parked on the side of the road.  The man, reported relatives, was at home, fine despite the severity of the smash up.  The entire passenger side of the small car was crushed in, the driver side had minimal damage.  It could have been so much worse for this driver; residents described his good fortune as “a miracle.”