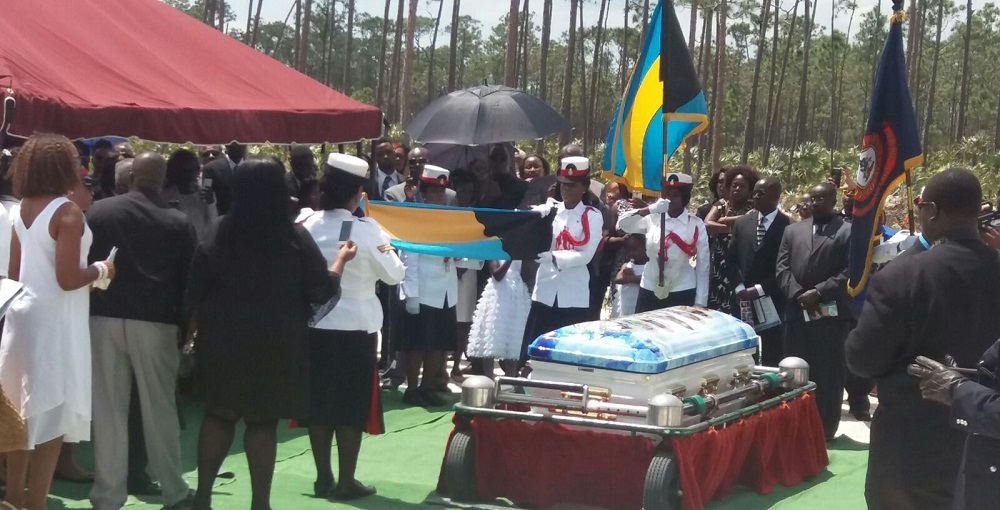 Bahamas, April 22, 2017, Grand Bahama – Constable Theresa Thompson-George was laid to rest yesterday, 3 weeks after her horrific murder in Freeport.  Reports were that she was shot outside Club Midnight located on Oak Street on April 1st at around 9:30 pm and died on the scene.

At the time of her passing, Constable Thompson-George was attached to the Grand Bahama District.   The 24-year old was the grand daughter of former government minister and Member of Parliament for Marco City, David Thompson, a wife and a mother of two children.

Condolences are extended to her relatives, colleagues and friends.