Bahamas, April 28th 2017: Confusion over the roll out of the National Health Insurance is increasing. Private doctors are today stating that their names are appearing on the list despite not enrolling and others say the PLP Government’s projections on funding for NHI are way off. 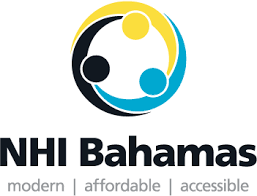 According to the NHI Secretariat, initial plans state that public sector doctors are required to provide primary health care. Reports suggest that approximately 60 private sector physicians had signed on for the scheme out of 306 registered primary care providers.

However, the Medical Association of the Bahamas says several private sector doctors were confused how their names appeared on the listing as NHI Providers when they were not enrolled. The doctors go on to further deem the process as rushed, providing evidence that the scheme was nothing more than a pre-election ploy by the PLP Administration.

To-date, over 3,000 people are said to have enrolled in the NHI.

Another grey area looming over the NHI Enrolment, is questions on how it will be funded.

Health Minister Dr. Perry Gomez, this week said NHI was being funded by the “public purse but could not continue to do so” and that other means were being looked at including taxes. Enrolment for the National Health Insurance started on Monday, just two weeks before Bahamians go to the polls. Prime Minister Perry Christie went on record to say that $100 Million was allocated for NHI primary care, sourcing it from a mixture of funds ‘repurposed’ from other budgetary allocations and tax revenues including Value Added Tax (VAT).

PM Christie went on to add that the fund, will also receive $24 to $30 Million annually to cover ‘catastrophic illnesses’, despite The Bahamas’ national deficit swelling and the country seemingly unable to afford it.

Other political parties have proposed funding for NHI, including the DNA which says, a three per cent payroll tax would be introduced if they were to come to power. The DNA’s plans lay out that basic care at the existing government hospitals and clinics would remain free, with the payroll tax funding minor operations and dental care. 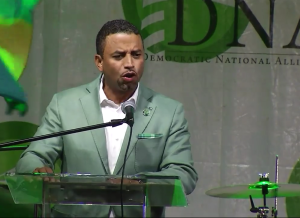 While the FNM has promised in its manifesto that the health insurance plan will be implemented, with what it promises as a ‘robust healthcare component’.  There is no further explanation on what that means or who would pay for it.

Since first mentioned, the NHI Plan has been met with apprehension. The Bahamas Chamber of Commerce and Employer’s Confederation has warned that its implementation could signal shrinkage in the economy and the Medical Association of the Bahamas describes the existing budget of $100M touted by Christie, as small in comparison to what is paid now to private insurers.

It was hoped by the Christie Administration that a larger number of private doctors signing up for the NHI, would help to “remove some of the burden off the public system” and thus give it ‘breathing room’ to be strengthened.