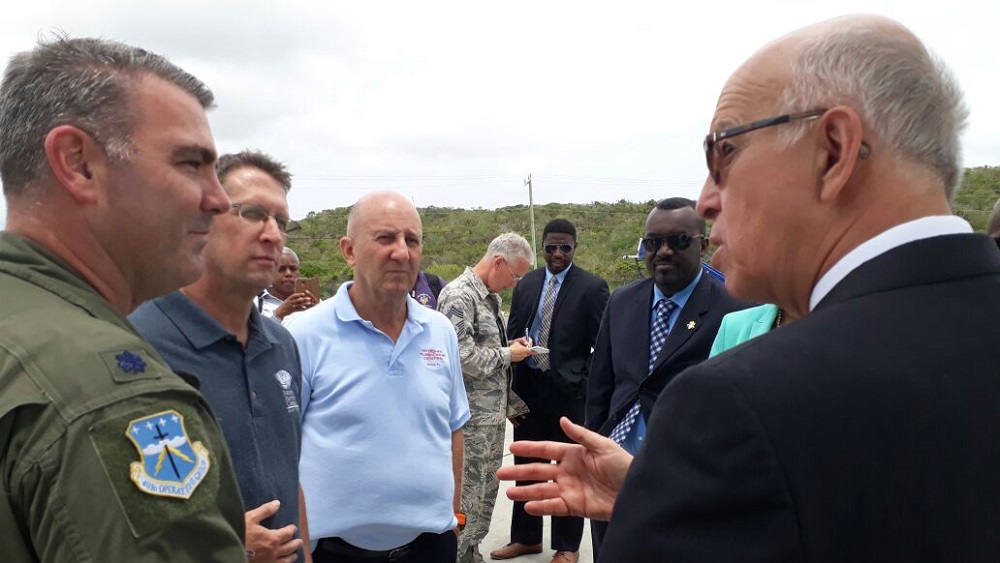 Turks and Caicos, April 28, 2017 – Providenciales – The media in Turks and Caicos was, yesterday, given a tour of the Hurricane Hunter aircraft; property of the US Air Force which is parked at the Providenciales International Airport.    The Turks and Caicos is a part of a hurricane awareness tour through the region and Director of the National Hurricane Center, Dr. Rick Knabb challenged residents when he spoke at a short debrief after the tour. 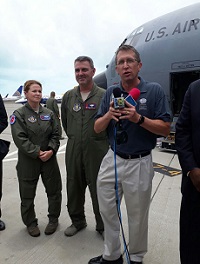 “I encourage everyone to do at least one thing to get ready in advance for the next hurricane, we hope you all have the confidence in all of our partnerships that you see represented here, so that you would listen and heed the warnings when they are issued.”

The team was thanked by the Turks and Caicos Islands Government; Governor Dr. John Freeman was particularly fascinated by the entire experience being a former military man himself.    “It’s a real privilege to come along and meet this team this morning, this aircraft which we’ve been looking at is a fantastic contribution to being able to be more predictable about what can happen, but as they were just saying, and most of all I want to thank them actually on all of our  behalf on these islands for they work they do to help us, but they also want us to learn from that, to get ourselves ready.”

Three schools and a healthy cadre of government officials including the Governor, the Home Affairs Minister and DDME director was given a working knowledge of the program.    The NOAA, Hurricane Center and Air Force crew spent the night in Provo and left the country today.