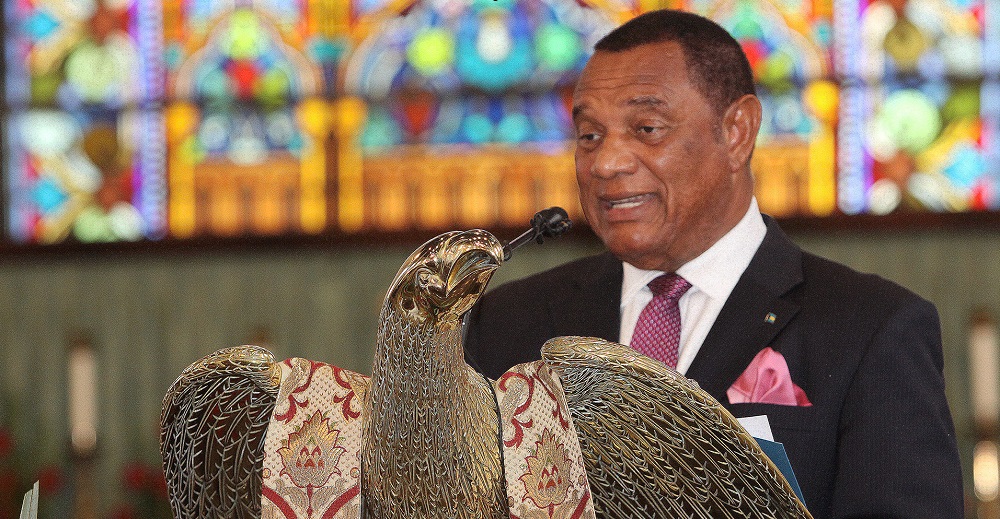 Bahamas, April 25, 2017 – Exuma – Pastors were summoned to speak up after recent comments made by PLP Leader, Perry Christie during a rally held in Exuma over the weekend.  Free National Movement (FNM) Chairman, Sidney Collie issued a statement saying, “We’ve become accustom to watching Perry Christie and the PLP act disrespectfully to our country but their delusional thinking has hit a new and awful low.    The Prime Minister now says that not even ‘God can stop the PLP’.   This may be the most shameful statement made by a head of state in the history of The Bahamas.”

But the Prime Minister yesterday defended himself and said the remark was taken out of context.   Prime Minister Christie shocked the nation as he told the crowd, “listen it getting so good now, God can’t stop me now.”  The comment came in response to a slight microphone malfunction, which preceded the statement.

The crowd was unable to hear the party leader when the microphone crashed as he was listing reasons they should re-elect the PLP.  Still, the backlash which ensued has left the meaning behind his statement up for discussion in some quarters.   Collie of the FNM stated, “I and the FNM demand the Prime Minister apologize for his public display of blasphemy.”

DNA’s leader, Branville McCartney also chimed in, “Equally distressing is the reality that this is not the Prime Minister’s first offence.  Bahamians will remember similar comments made by the PM in which he asserted that Bahamians could pray to God but would still have to come to him to get anything done in this country.”

Perry Christie vigorously explained, at the ZNS broadcast tower re-commissioning event on Monday, that no one is going to challenge his relationship with God.