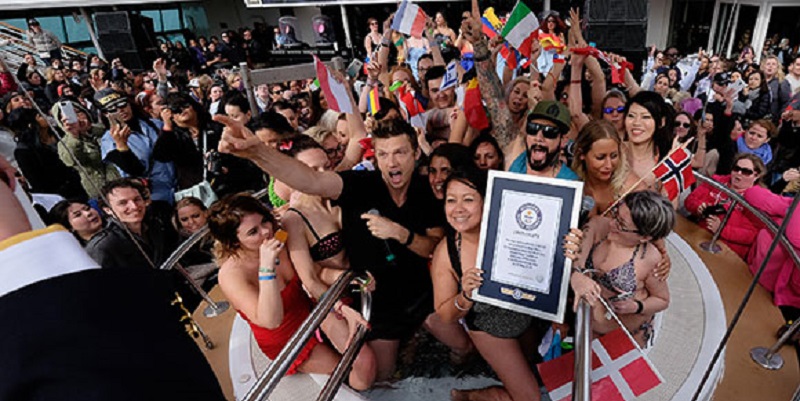 Turks and Caicos, April 25, 2017 – Grand Turk – The sixth Backstreet Boys Cruise hosted by popular American boy band, Backstreet Boys, will be coming to TCI next May. The five-day fan cruise will set sail from Miami, Florida on the Carnival Cruise Line and end with a visit to Grand Turk.

The Grammy-nominated band of singers Nick Carter, Howie Dorough, Brian Littrell, AJ McLean and Kevin Richardson will treat fans to two daily performances and personal time.   Last year’s cruise on the Royal Caribbean Line took fans to the Mediterranean and also featured a Guinness World Record breaking event.   The cruise holds the title for Most Nationalities in a Jacuzzi. The band also holds the Guinness record for Best-selling album in the USA by a boyband.

Photo: Backstreet Boys during their Guinness World Record event on board the cruise in 2016.