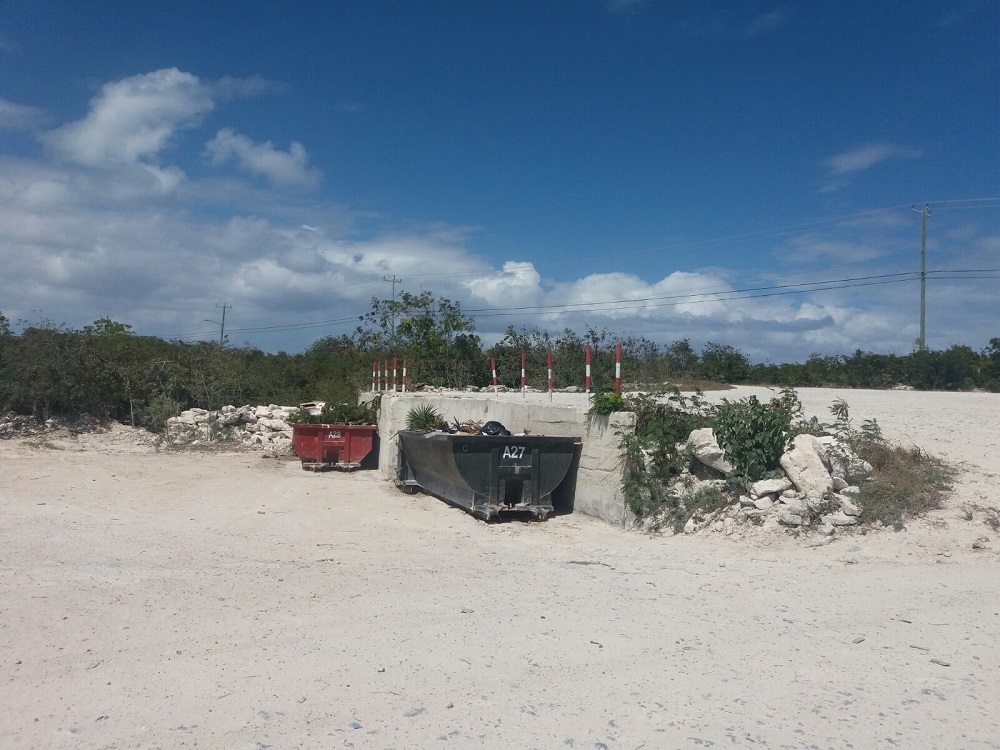 Turks and Caicos, March 16, 2017 – Providenciales – Turks and Caicos Environmental Management is responding to our news report where at least one resident of Grand Turk says they are fed up with the state of the dump there.

One of the principals of the company, Tim Hodge contacted Magnetic Media with the aim to explain what is happening at the company which has for five years been paid to manage the dump sites, but where there are still some essential elements of the agreement undone.   We asked Mr Hodge about the tire shredder and were told that it will be here in a matter of weeks; the shredder will however, only be stationed in Providenciales where tires we understand have been accumulating for over five years.

No shredder is earmarked for Grand Turk, Mr. Hodge said the plan is to recycle the tires there and he also said there is a plan to move the tires which have also been gathering at the dump for over five years.   The question which arises is where will TCEM move those hundreds of tires to in Grand Turk?

The resident who brought the matter to light said he believes it would be a shift of the problem from one place to another.  The resident also said, he does not believe the spraying of the tires with a mosquito repellent is effective for the amount of tires which he photographed.   Hodge is convinced that their spraying, he said in partnership with Environmental Health, is effective.

Hodge explained during that telephone call that an EPA approved style of landfill to cope with the tires was dismissed by Government as a solution.  TCIG has rejected burying the tires as research proves this is dangerous to the environment and a potentially explosive hazard; literally.

To questions on keeping animals off the compounds; Hodge said the feral dogs are aggressive and dig under the fence in the Capital; but when we spoke to Grand Turk residents, they say the front gate is always opened and the animals move in and out, just as easily as vehicles dumping garbage do.

The resident is also convinced that the lack of perimeter fencing is why garbage easily flies out of the dump and around the island.  It is maintained that there is no security guard in Grand Turk, though there is one in Provo.   Mr Hodge refuted that and said there is security at both sites.  Magnetic Media was offered a tour of the TCEM managed dumps in the coming week; we have accepted.

TCEM was in 2012 signed on for five years as managers of the Provo and Grand Turk dumps to the tune of $1.5 million per year.