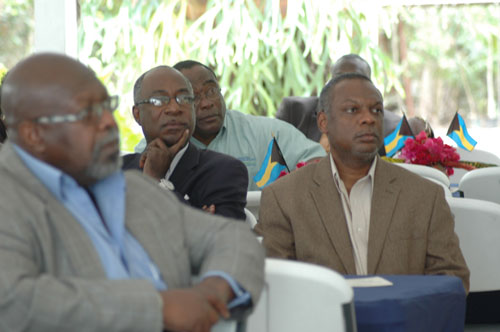 Bahamas, March 16, 2017 – Nassau – The Bahamas Department of Meteorology is defending the fact that no one was warned of the tornado which struck Nassau between 4 and 5am on Wednesday.  Deputy Director, Basil Dean said while thunderstorm activity was in the forecast and there were thunder clouds in the vicinity, nothing came up on the radar to suggest that there would be tornadic activity.

A Cumulonimbus Cloud likely spawned the F0 tornado, which is the lowest strength on the scale.  Dean maintained that their weather analysis on Tuesday night gave no indication of a tornado. No one was hurt, but vehicles were tossed about the parking lot, trees were snapped, a ticket booth roof was damaged, Bahamas Power and Light or BPL says the twister caused a power outage and a brand new Bahamasair plane was rendered inoperable when it was rocked off its landing guard while parked on the tarmac.