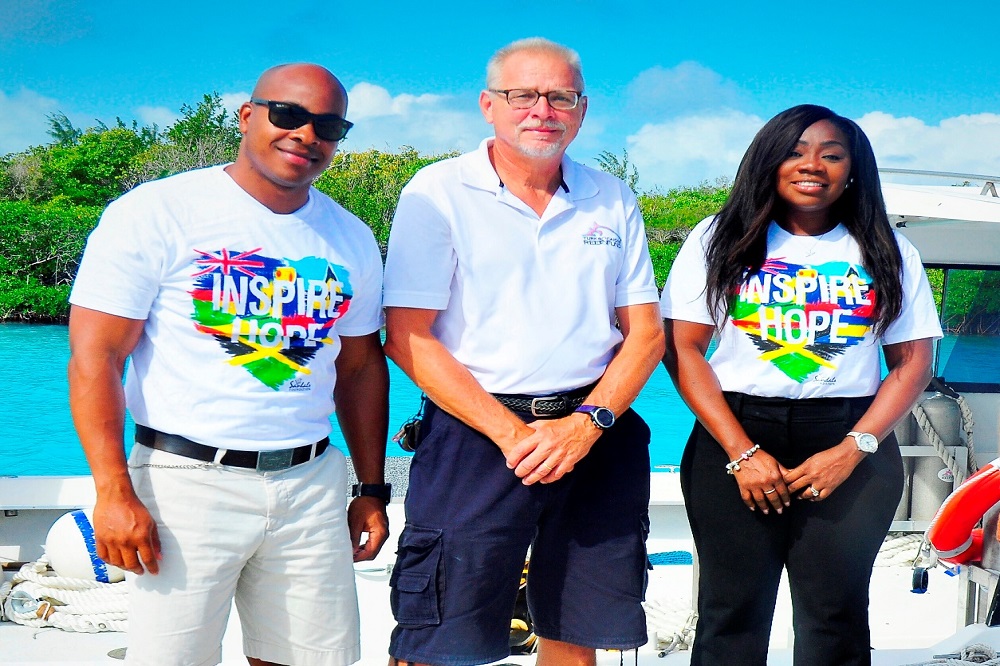 Turks and Caicos, March 28, 2017 – Providenciales – The Sandals Foundation has partnered with local environmental advocacy group, the Turks & Caicos Reef Fund (TCRF) to install several new permanent Mooring Buoys at the Princess Alexandra National Park along the Grace Bay Beach in Providenciales, Turks & Caicos (TCI) and the foundation has given a two year commitment to ensure maintenance of the project.

The Sandals Foundation which is the philanthropic arm of the Beaches Resorts in the TCI is investing over USD $10,000 to fund the installation of six new permanent Mooring Buoys for the public to use for dive and snorkel recreational watercrafts. Through the partnership the Sandals Foundation will cover the cost of materials such as rock pins, sand anchors, all hardware, lines, buoys and installation as well as two years of maintenance.

Heidi Clarke, Director of Programme for the Sandals Foundation said that the charitable organization is committed to helping preserve and protect the biodiversity of the marine environment in the Turks & Caicos.  “We recognize the beauty and value of our Coral Reef Systems and Sea Grass Beds in the Turks & Caicos and the Caribbean,” she said. “They not only attract visitors to this region, but most importantly they provide habitats for sea life including juvenile fish which impacts fish populations and in turn the livelihoods of thousands of Caribbean Nationals that depend on the fishing industry.” 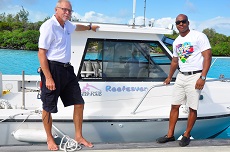 Clarke explained that the Sandals Foundation chose to work with the Turks and Caicos Reef Fund because of their stellar track record and their extensive knowledge and experience in the TCI with installing mooring buoys. “We are proud to partner with an organization like the Turks and Caicos Reef Fund who recognizes the value of our precious marine environment and has been working for years to preserve it,” Clarke said.

Over the past five years TCRF has installed over 100 permanent mooring buoys throughout Turks and Caicos in locations marine traffic are the heaviest, in an effort to prevent boats from putting down anchors which can disturb sea beds and destroy coral reefs.

Don Stark, Chairman of the TCRF said that addition of six moorings in the National Marine Parks will further eliminate the need for anchoring which can be very destructive to the coral reefs.  “ When we started this effort our goal was to provide enough permanent moorings so that no dive boat or snorkel boat or even yachts would ever have to drop anchor on any of the reefs around the Turks & Caicos.” Said Stark, “ We are getting close to that goal and with the support of the Sandals Foundation, we are one step closer to achieving the goal.”

With its turquoise waters, Turks & Caicos is home of the third-largest barrier reef in the world. And with more than a million travelers venturing to the island each year to explore the wonders of the marine world, the Sandals Foundation and the Turks & Caicos Reef Fund are committed to protecting its underwater paradise and the rehabilitation, enhancement and maintenance of the moorings will only reap benefit for the island’s delicate eco-system while protecting for future use.   “We look forward to working with the TCRF on future projects as we continue to play our part in protecting our environment,” Clarke concluded.