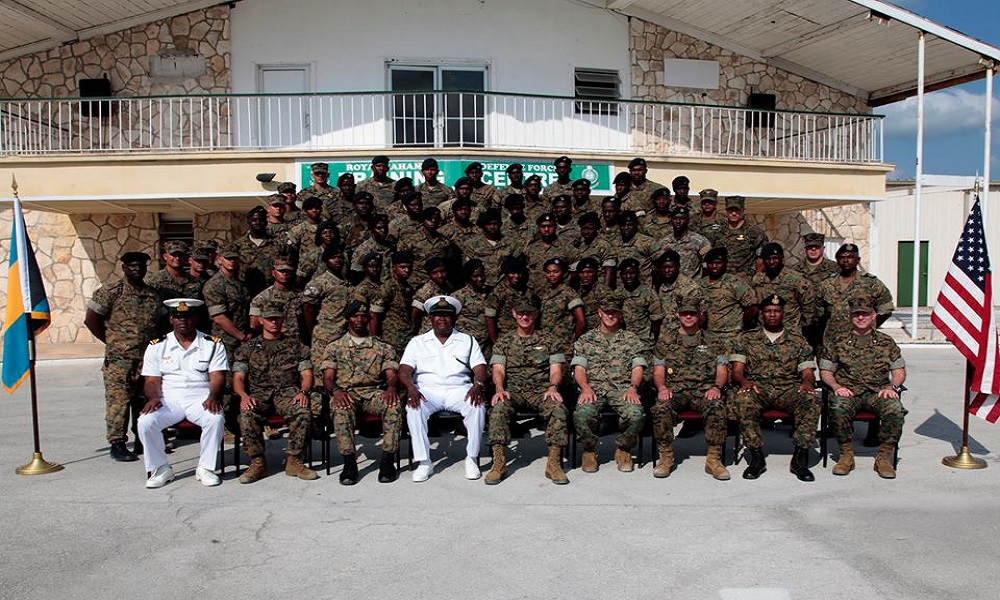 In a collaborative effort to enhance the weaponry and tactical skill level of the men and women within the Defence Force, the Marine Forces North (MARFORNORTH) of the United States Marine Corps with the coordination of the Defence Force Commando Squadron Department conducted the three week long training operation. Leading Seaman Quincy King and Able Seaman Enoch Smith, both attached to the Commando Squadron Department served as local course facilitators and instructors, along with Subject Matter Experts from MARFORNORTH.

Culminating the training exercises, was a graduation ceremony held on the Coral Harbour base to award the participants for their achievement. Congratulatory remarks and well wishes were received from Lieutenant General Rex McMillian, Commander, Marine Forces Reserve; and Commander Marine Forces North during the brief ceremony. Captain Clyde Sawyer, Captain Coral Harbor also congratulated the award recipients for their exemplary performance and extended gratitude to the United States Embassy for allowing their Military branches to provide stellar training to members of the Defence Force. He also stated, that the extensive training the graduates received is all in an effort of creating a safer Bahamas.

Captain Tellis Bethel, who leads the Force as Commander Defence Force (Acting) was pleased that the training fits into one of the strategic campaigns of the Force known as Operation Transformation, that is intent on enhancing the leadership ability, as professional and technical skills of the men and women to achieve excellence in every conceivable area.

Additional certificates were also presented to those participants that performed with distinction during the training phases. Woman Marine Alexis Strachan earned the award for Best Shooter and Marine Seaman DeCordre Glinton earned the Honour Graduate Award.

RBDF Photo one shows: Graduates, local course facilitators and instructors, along with Subject Matter Experts from MARFORNORTH at the graduation ceremony of the Advanced Combat Shooting course at the Defence Force Coral Harbour Base.