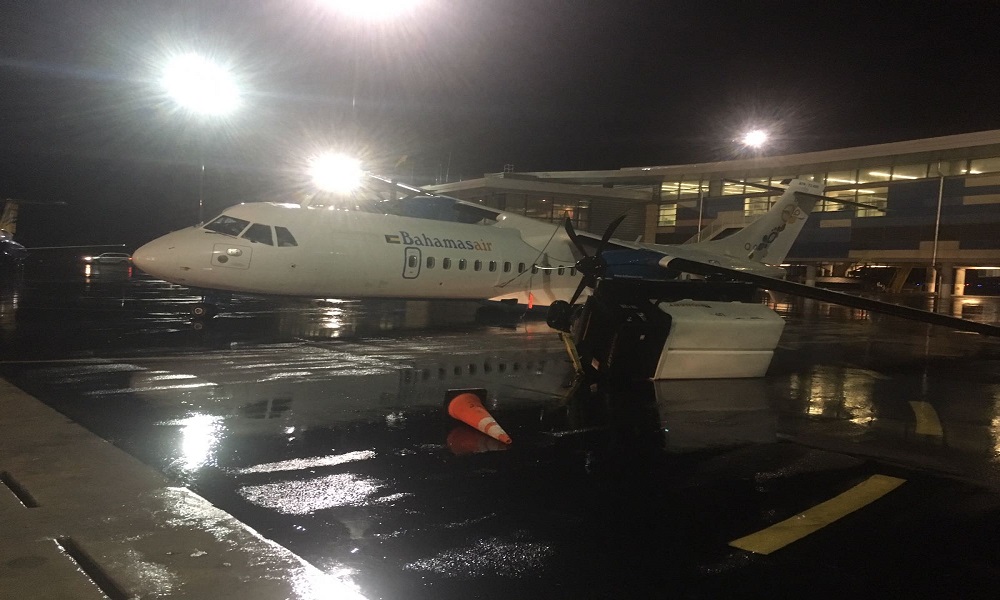 Bahamas, March 14, 2017 – Nassau – Winds up to 70mph touched down as a tornado at the country’s busiest airport around 5am today and caused damage to cars, roofs, trees, signage and even a plane was rocked off it’s landing gear.
An F0 tornado was confirmed by The Bahamas Department of Meteorology as responsible for the freakish axtivity at the Lynden Pindling International Airport in Nassau.  It was most likely spawned,  said the Department, by an isolated cumulonimbus cloud.  Images of the damage to vehicles and a Bahamasair plane are making rounds on social and mobile media.

The weather incident was unexpected and the Met Department Deputy Director, Basil Dean in a media release only explained the phenomenon and not whether

there could have been warning.   Winds he said clocked between 40 and 70mph; usually 45mph will cause the airport to close due to aviation standards.  There was some light rain with the F0 tornado which is the least powerful tornado on the scale but most common type of tornado; still damage was significant enough to impact operations at LPIA.