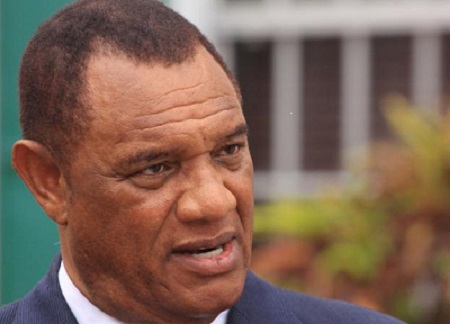 Bahamas, March 3, 2017 – Nassau – Fresh off of the now infamous hand gesture, PLP Party Leader and Prime Minister Perry Christie at a political event last night labelled the FNM as an incredibly unreliable choice for government.  Christie said he has lost track of how many leaders they have been through and he asked the crowd gathered at the meeting for Carmichael, Southern Shores and Golden Isles, ‘if the FNM was Government of the Bahamas today; who would be running the country, which one?”  Mr Christie commended his own team and said, “politics is about working together to accommodate a democracy.”