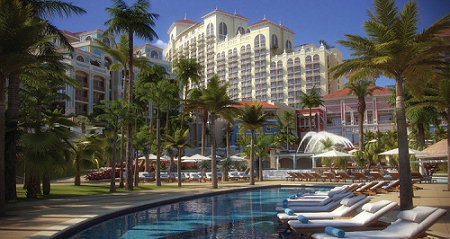 Grand Bahama, Bahamas, February 3, 2017 – Hundreds of employees of Memories Resort and Casino in Grand Bahama are already reportedly hearing from Sunwing about redundancy packages as they will be let go from the short lived resort.   The layoffs follow a media statement from Sunwing, explaining that their landlord, Hutchison Whampoa is being unreasonable on how repairs to the property will be handled following the battering it received in Hurricane Matthew.

Sunwing Travel Group says it has been asked to leave the Memories hotel and casino they say in a media statement issued on Monday, that they will despite the agreement struck with The Bahamas Government.   Last month, the Christie Administration pledged that the country would pick up some of the bill of repairs in order to rescue hundreds of jobs.  It seems now the agreement was for naught, as Hutchison Whompoa, according to Sunwing is trying to impose exorbitant conditions which the Canadian company finds unacceptable.