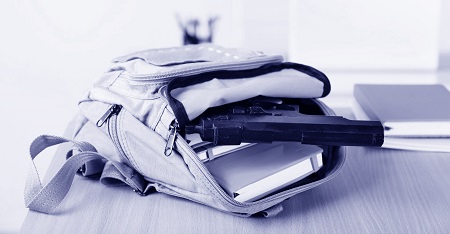 Nassau, Bahamas, February 3, 2017 – We are there Bahamas, at that point where a 12 year old child has to stand to enter a plea of guilty or not guilty when it comes to gun possession at school.   It was a tearful scene for the boy and his father in court explained media reports, but the seventh grader was charged by police and on Wednesday formally arraigned on the very serious offense of possession some part of a gun, but no ammunition, allegedly in his school bag.

The AF Adderley student was given some leniency; the judge sent him home on $1,000 bail and he will return to court on February 20.   The boy entered a not guilty plea.