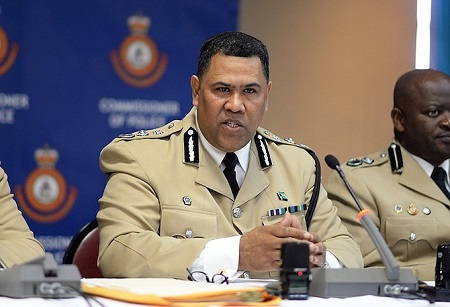 Nassau, Bahamas, February 14, 2017 – Commissioner of Police Elliston Greenslade said his team is cleaning up well after the string of violence, capturing and bringing suspects and good strong cases to court; but in that press conference yesterday the Commissioner said the judiciary must do its part and stop releasing these prolific offenders on bail.   At least two suspects in the recent gun violence, including a murder, were wearing ankle monitors.

While the men say they are not guilty of the crimes of last week for which they are being held, and that the monitors will prove it… the Commissioner is confident that they have their suspects and called for residents to revisit the list of Wanted Men and to turn in these ‘bad men’ as he termed some.