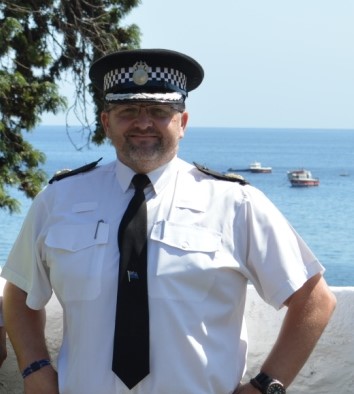 Providenciales, TCI, February 10, 2017 – Following the resignation of the current Deputy Commissioner Mr. Callaghan effective March 2017, a significant number of persons applied for the position in response to the internationally advertised position. A shortlist of six persons was agreed and interviews held in early February. As a result, the panel unanimously agreed to recommend Mr. Trevor Botting to His Excellency the Governor as the best candidate for the post. Mr. Botting, who is the current Chief of Police in St Helena has accepted the position and is due to arrive in TCI in early May.

Trevor Botting, currently Chief of Police for the British Overseas Territory of St Helena, Ascension, and Tristan Da Cunha has over 34 years of policing experience both in the UK, with Sussex Police, and in his current role overseas. Trevor has significant experience as a Strategic and Tactical Police Commander, his last role in the UK being focused on Crime and Operations, leading 500 staff in dealing with all aspects of crime, operations, and response to calls from the community. Trevor has also worked in Neighbourhood Policing, working as a local District Commander. Trevor has also lead the Force Firearms Operations and Training Teams and the Force Dog Unit, working at a National level in the development of Police Dogs across the UK. Trevor also has experience of airport policing and disaster management when he was the Police Commander for Gatwick Airport, the busiest single runway airport in the world.

Trevor also had responsibility for Immigration, HM Prison, Fire and Rescue, Sea Rescue, Disaster Management and Search and Rescue. During his time on St Helena he has developed and reformed policing and his other business areas through introducing Neighbourhood Policing, a Code of Ethics, developing multi-agency working in relation to Disaster Management and developed a brand new Sea Rescue Service for the Island.

Trevor Botting said ‘I am delighted to be appointed as the Deputy Commissioner for the Royal Turks and Caicos Police Force and look forward to working with the Commissioner and my Teams to develop and deliver a policing service to the communities, partners, and stakeholders on TCI. ’