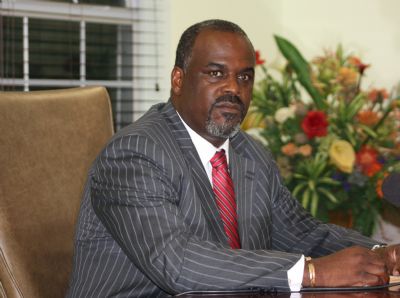 Providenciales, TCI, February 10, 2017 – Detectives of the Royal Turks and Caicos Islands Police Force are continuing their investigation into a report of a robbery that was made on Sunday 5th February 2017 where a 57-year-old male was stated that he was robbed by three (3) masked men.

The victim, former Premier of the Turks and Caicos Islands Mr. Galmo Williams told officers that he was walking towards Flamingoes on the Beach Restaurant when he was approached by three (3) masked men who demanded his wallet and although he cooperated one of the culprits shot him in the left leg before fleeing the scene.  No arrest made in this incident.

Mr. Williams has undergone a minor surgery and is recuperating. A more intense surgery will be conducted for a full recovery.