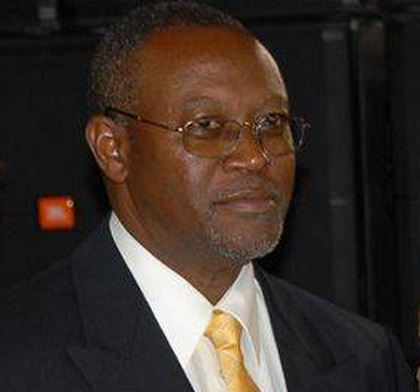 Providenciales, TCI, January 6, 2016 –  I would first like to say that it is an honor and a privilege to once again serve in the House of Assembly; first as part of an administrative government, and now – in Opposition.   I would like to give thanks to members and delegates to the Progressive National Party’s NGC who afforded me the opportunity to represent the interest of the people of these Turks and Caicos Islands.

I would also like to make note of this an historic occasion with the election of our first female Premier, 40 years after the introduction of Ministerial Governance. To Madam Premier and her team, I say the people of the Turks and Caicos Islands have given you a mandate of change and it is my goal to ensure that you keep every promise made on the campaign trail, for I too have a copy of the Change document. PDM may have won, but your victory was but a Pyrrhic victory – and most certainly, not in total repudiation of PNP. The overall final tally of the votes cast at both the individual district level, as well as that of the All Island District, show that the PDM got 48% of those votes, while those entities that included the PNP, PDA and Independents go 52%.

The results were similar in nature to the recently concluded American elections, where Donald Trump secured the Electoral College votes sufficient to be President of the United States, while Hillary Clinton amassed the popular votes, but still lost!   In our case, “other than PDM” got 52% of the votes and are in the opposition, while the PDM got 48%, won 10 seats and the right to govern our country for the next four years.

It is my pledge to serve diligently as a part of the People’s Loyal Opposition and hold the Premier and her team to account, for a lot of work has been done over the proceeding 4 years and they have a great foundation to build upon:  Debt repaid, money in the bank BBB+ country for the past 2 years, High school built for the first time in 30 plus years, free education up to age 40, programmes at Invest TCI to encourage young entrepreneurs are but a few of such achievements. We certainly realize that we cannot rest on our laurels.   Even the Bishop at the Ecumenical Service prior to the Swearing in Ceremony, paraphrased that we have to take this country to the next level!

At the ceremony, a few things stood out. First and foremost, the PDM really believe that they have the absolute right to the Throne of God and surely, that cannot be right.  We all know from the reading of the scriptures that God allows any government to stand up.  We further note the saying that the people at various points in time of their history, get the government that they deserve.   That is reflected, whether they voted in a positive way or abstained from voting!

The second thing is that the exercise in “smoke and mirrors” has begun in honest.    It started with the Premier announcing that she has been able to provide the additional 4.1M to contribute to NHIP. That money had to have been in the Consolidated Fund, left by the previous Premier.  You cannot draw a cheque for an outside entity unless the money is in government’s Scotia Bank account!  The number of Papers laid on the table of the House indicated that Hon. C. Washington Misick had done his job well.

There were the Financial Statements for the NHIP for the years ending March 31, 2011; 2012; 2013 and 2014. The impression that was tried to be conveyed was that in 6 Working days since her appointment as the Premier, the Hon. Sharlene L. Cartwright-Robinson was able to appoint auditors who would have had to review the books of NHIP for the relevant years and come up with the goods. That was nothing more than a pipe dream! To add insult to injury, she laid on the table 6 Contingency Warrants for 2016, ranging in value from the low five digit amount to $2M.   It was only after the Leader of the Opposition, ask the Speaker to ask the Premier to give details of the Warrants, that she read them and append to each of them was the name of C. Washington Misick and this indicated who had actually done what!   She could try, but she would not be allowed to take credit for other people’s work without that fact being pointed out!

We have to establish the right parameters lest we be lulled into nonsense of “real change is here”! It is one thing to win an election, but it is a different ball game in governing. The PDM, having been out of effective governing for 13 years are in for a rude awakening! They will soon fully see that the landscape has tremendously changed from the era of the Hon. Derek Taylor Administration!  The expectations of the segment of the voters who put their Xs in the PDM column are very high. You have to deliver. If you do not, the people will soon realize as the story went, “the Emperor has no clothes on”!

But remember this, heavy is the head that wears the crown, and to be sure, you will soon realize that it is nothing more than a Pyrrhic victory that you have won!

May God continue to bless the Turks and Caicos Islands.