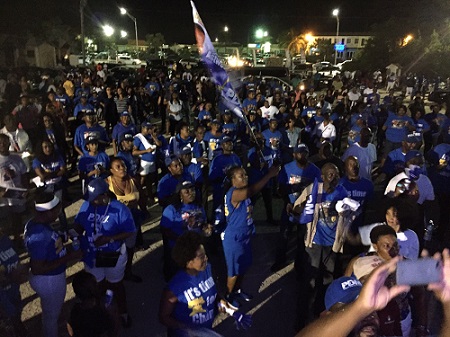 Providenciales, TCI, December 15, 2016 – Polls across the country open at 7am for voters to select who will govern these Turks and Caicos Islands for the next four years.   Both major political parties held rallies last night and both were very well attended. 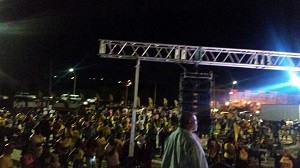 While campaigns this time around kept with tradition and saw candidates giving door to door visits, handing out manifestos or plans for the islands if elected, with street signs erected and the rallies where those offering revved up their bases and aimed to appeal to any undecided voters.. there was use of new promotional tools, including electronic copies of party documents, social media buzzing, especially on Facebook and Instagram, use of online target marketing through Google AdWords, QR codes, even the introduction of free Apps and live streaming of debates and other political events.

In a system which is relatively new to these islands, voters will choose not one constituency member but six candidates from the slate.  One of those will be for the district or constituency, but the other five will come from a pool of 20 people who have offered in the At Large category.

Seven of those individuals are independent candidates; the other 13 are from the three political parties.  Grand Turk South, South Caicos and Wheeland will each field an independent candidate and by the end of the night, the Elections Office would like to announced, even if unofficially, who are the 15 selected to comprise the House of Assembly.  The party with the most seats gets to govern.  Employers are legally bound to allow staff time to vote.

There are 24 voting sites in the Turks and Caicos, polls open at 7am and close at 7pm.