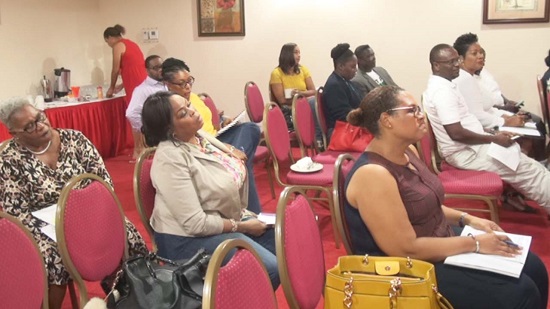 Providenciales, TCI, November 16, 2016 – Ten nomination sites are named now as the Elections Office shared where the All Island and District contenders can officially register as a Candidate for the December 15, 2016 General Election.

By now, the integrity Commission would have pre-approved those interested in offering for the race for one of 15 seats in the House of Assembly… Magnetic Media is privy to at least two letters saying there is no disqualification – one from former Premier, Michael Misick and the other from O’Brien Forbes another independent, at large contender.

The basic checklist according to the Elections Office should include: a written statement to inform that the potential candidate is not disqualified and can run in the elections; a letter from the political party to say that indeed you can offer as that party’s standard bearer; the request for the use of a symbol which will appear alongside the candidate’s name on the ballot paper and a receipt that you have paid your deposit of $500 at the Treasury.

The nomination centers are:  Steven James Hall and Yellow Man and Sons Auditorium for the two districts in Grand Turk; the community centers in South Caicos, North Caicos and Five Cays; Harvest Bible Church and Tropicana Plaza for the eastern side of Provo; Cheshire Hall for the center of Provo and in the North west of Provo, the Church of God of Prophecy’s Office and Best Institute.

Elections Supervisor, Dudley Lewis said at the nomination package launch earlier this month, that candidates must have two endorsements from within the constituency and that they will have from 9am to 1pm and then 2pm to 4pm to nominate for the historic elections which are now just 29 days away.

Nomination Day is this Friday, November 18.