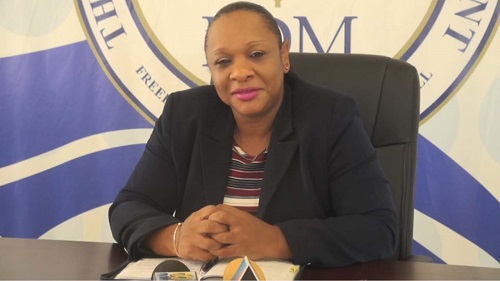 Providenciales, TCI, November 17, 2016 – The PDM Leader is confident that her party will win the next General Election, and on the heels of expressing as much at a press conference held at the party headquarters in Provo on Wednesday, Magnetic Media asked Sharlene Robinson if the PDM were to be elected to serve, how would they work with Permanent Secretaries and other government staff who currently work with the Rufus Ewing, PNP Administration.

“We are the people’s party, and we don’t’ engage in that level of pettiness, and we want to ensure every civil servant, that you will have a friend as you have had, in the opposition, regardless of who you were, we represented you on issues, you will have a friend and an ally in the People’s Democratic Movement and you must not believe the lies that are out there.

So the transition for us, we expect a very smooth transition, we expect to set firm policies and despite what this government and all of its whining say, civil servants are required to carry out policies of government, they are only able to direct the course when there are no policies.  So that is the law, and we will set firm policies, that we will join together with technocrats and make sure they are practical.”