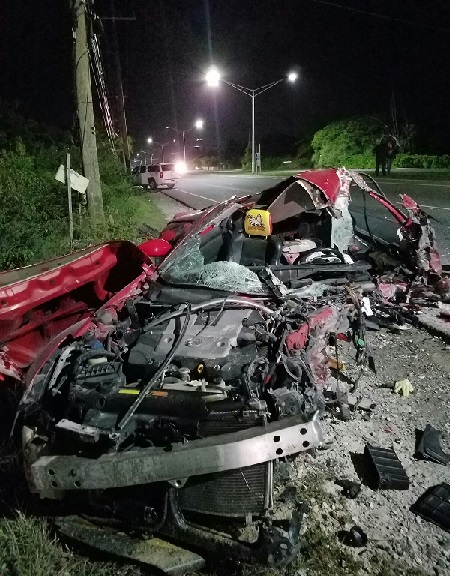 Providenciales, TCI, November 25, 2016 –   Our National Day of Thanksgiving begins with the most horrible news … the sudden and horrific death of a man in his 30s who is a well known boat tour operator. 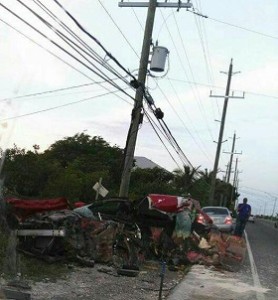 This one likely hits Blue Hills hardest and the death follows the collision of the man’s red Nissan 350 into one of the newly placed FortisTCI utility poles in the Juba Sound area; the car is literally ripped to pieces, barely recognizable and the pole so impacted, that it is split at the top.   Magnetic Media got word of the tragedy around 1am, images, like this news are hard to handle.

The accident, involving just the one car, happened in almost the identical spot of another single vehicle road fatality in 2014 where Donald Walters of Jamaica died; as a matter of fact, Walters accident was also in November and the anniversary of his death two years ago would have been marked just this past Monday.