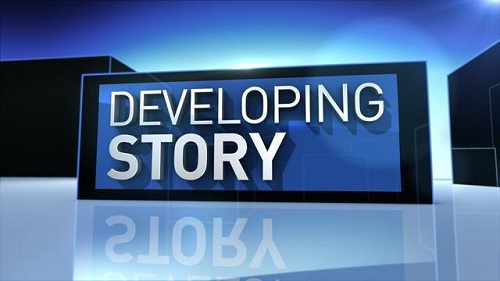 Providenciales, TCI, October 23, 2016 – A Graceway Supermarket manager is recuperating in hospital now; the young woman whose father is a senior Civil Servant could have been killed in hostile crossfire between Police and suspects.

A wild bullet hit the woman as she exited her home to go to work.  The gun shot caught a popular employee of IGA in her leg.  Police have no official info yet in the shocking investigation where bandits stole a truck and almost got away with the entire ScotiaBank ATM machine from the downtown branch of MoneyGram.  They chained a huge and heavy machine to the truck and tried to drag it away to get the cash inside.

This was minutes to 4 o’clock this morning.  Police foiled the theft but the trio (at least) abandoned the truck and took off on foot.  The suspects ended up in crime hot bed, Kew Town, where they eventually escaped.  The young woman, whose family hails partly from South Caicos was struck by a stray bullet.  It is believed the bullet was from the thieves.

It’s the second time for this kind of encounter in Kew Town this year.  In the former instance the bullet went through the bed headboard of a woman actually laying in bed at the time.

The nation is appalled.