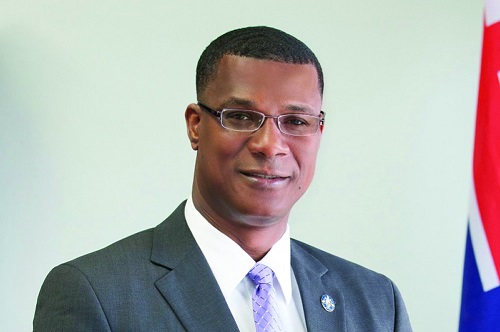 Providenciales, TCI, July 6, 2016 – Three weeks ago the Premier said he asked planning to go to Millennium Heights to see what is going on in the community which has unleashed a barrage of complaints to media and the public about construction, environmental and financial stresses they have been forced to endure for years because of short cuts and shoddy construction by Priton Development.

The country’s leader explained to Magnetic Media via WhatsApp that it was nearly a month ago that he, and I quote him now,  “I have instructed the Minister for Planning and the Planning Department via the minister to inspect the situation with respect to the sink holes in phase two and this was supposedly done.”  He continued with, “I have again followed up with them yesterday and requested that whatever assessment is required that attention be paid and executed.”

The statement also says, that the Minister would say something today, but Minister Amanda Missick has not said anything up to news production time.  We asked the Premier about the mold, as he is the Minister of Health; Hon Dr Rufus Ewing said he had not heard of the mold problem but referred residents to the Environmental Health Department Director for evaluation.

Magnetic Media has learned that the EHD has already condemned one house and that may lead to litigation.  Meanwhile, also silent so far is Priton Development, the contractors given not one or two but three tracts of Crown Land to build what can only be described so far as subpar houses.  The beleaguered homeowners in Millennium Heights have taken some comfort in the words of the Premier; who also said much of the owness has to be place on the builders as Planning Department aims to determine if there is something wrong with the construction method.

This may be too little too late, as many of the buyers of the Priton homes are distrustful of the Planning Department, which they believe should have ensured at the onset, the house constructions were up to standard before issuing hundreds of move in certificates.