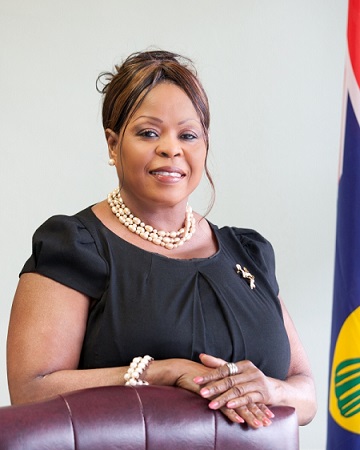 “Supervisors on all islands were contacted to see that equipment have been tested and operational.  Fuel has also been allocated for all pumping stations, wells have been checked and cleared.  We have also drilled new wells in areas and other locations that is critical.  Public works is confident that it will be able to manage the clearing of land as soon as the storm has passed.  One of the key elements that will allow public works to be more efficient, and that is on the island of Providenciales, where we have just installed a new gate system, and this is located in the area of Five Cays.  This will allow for the water in the Down Town area to be cleared quicker.  And as for Grand Turk, the sea wall was repaired to a standard that should withstand any heavy wave action.”

During 2014s Tropical Storm Cristobal the country was shut down for two days due to the severity of flooding, especially in Providenciales and North Caicos and in 2015s Hurricane Joaquin, the country lost nearly the same amount of time and saw the causeway for North and Middle Caicos, then under construction, under water and the sea walls in Grand Turk battered by lashing waves due to erratic and severe weather phenomenon.  The flooding also led to a serious spike in the spread of mosquito borne diseases – at the time we were battling only Dengue Fever and Chikungunya Virus.  The stakes are higher now, with the advent of the new more frightening Zika Virus.