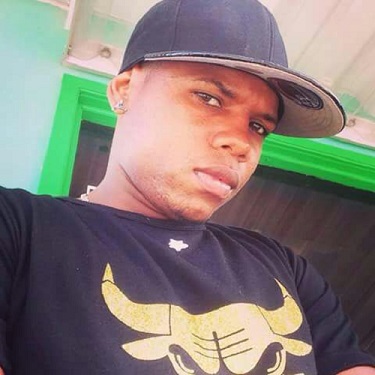 Providenciales, TCI, October 20, 2016 – Nearly two weeks after the bold, shooting death of a 27-year-old Dominican man in down town Providenciales, the Police now are seeking public help for information in the killing.  We finally learn that it was two unmasked men who approached Juan Carlos Morla and others with gun in hand and demanded money.

One man is described only as short, wearing dark pants, a blue t-shirt and red shoes.  The other man is said to be taller and was wearing long gray pants, light gray shirt and dark colored shoes.  Both men are black.  The shooting took place in Times Square near the public library around 3:30pm on October 7, 2016.

Morla, died at hospital from the single gunshot and was said to be an employee in the construction industry here in Provo.  The suspects got away with the cash on foot into bushes nearby.  Magnetic Media also corrects the name of the deceased; the TCI Police Force apologized for the error in giving us that wrong name and says the correct name of the young man murdered is Juan Carlos Morla and not Danilo Martinez De Paula.

We need to catch these killers so call your information into 911 or anonymously at 1-800-8477, that’s Crime Stoppers.