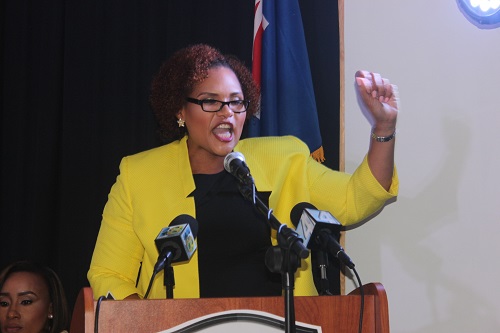 Providenciales, TCI, October 20, 2016 – Sheba Wilson, who is chairperson of the Immigration Board told Magnetic Media last night that indeed she had resigned from her position  on the Work Permit Board Zone 2 since September 26th; in fact she explained that it is a Progressive National Party policy that she do so but it was the Minister who asked her to remain on until he could find replacement and so that this important engine, could keep on running.

Wilson, in response to Magnetic Media questions said:  “In order not to hinder the operation of the Board and cause additional and unnecessary delays to the public, I agreed to remain until Cabinet has appointed a new chairperson.” 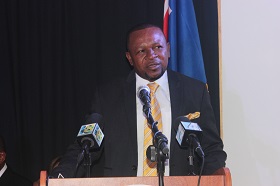 Incidentally, also appointed to this Immigration Board since April 2015 for a year of service are two other PNP candidates:  Arthur Lightbourne who will offer for Grand Turk South & Salt Cay and Dameko Dean, who is running on the PNP ticket in Wheeland. 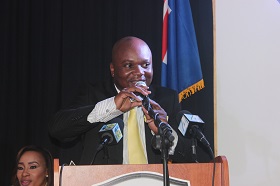 Wilson was among the main actors in the news stories emanating from some Digicel redundancies last week and said the board’s move to revoke work permits requested by Digicel was within their parameters and that the decision was made in consultation with the Minister, Hon Donhue Gardiner.

Wilson defended that, “Our decision was made in the best interest of the Turks and Caicos Islands community and those Belongers impacted by the redundancy.”

To her ability to be impartial in this role at this time, the At Large Candidate said, “I have served and continue to serve with integrity. Perceptions of impartiality by Mr. Astwood are just that, his perception.”

There are six on the Immigration Board which seems to have expired since March; three of the six are now running for office.  Mark Fulford, offering for the PNP in North and Middle Caicos resigned as Chairman of the NHIP last month.