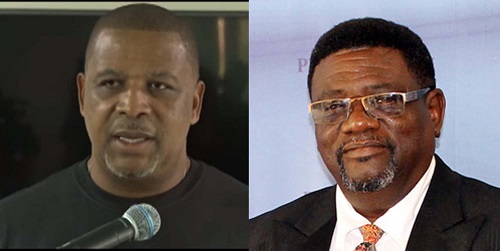 Providenciales, TCI, October 24, 2016 – Michael Misick is again calling for the removal of Police Commissioner, James Smith.  The former premier said, “Smith lacks the ability to bring an abatement in crime, adding that the Brit-knows-best mentality towards policing in this Island nation is failing and we as locals are left to pay the price..”

Another former country leader, Oswald Skippings also chimed in and said the British, who are responsible for National Security, must step up to the plate and expressed outrage that a woman was kicked and shot.  Skippings said the Police lack the manpower, modern technology, equipment and effective leadership needed to curb crime.