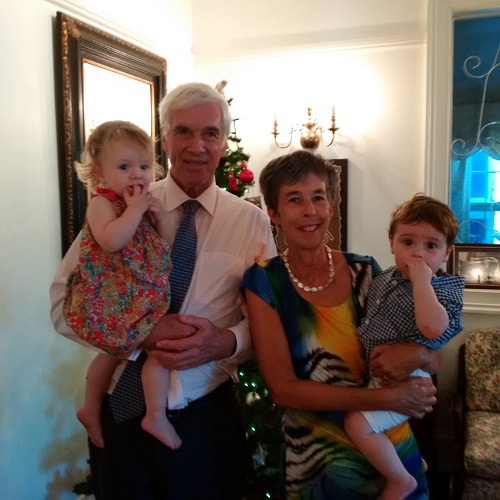 Providenciales, TCI, October 6, 2016 – After three happy years in the beautiful country of Turks and Caicos Islands, Jill and I will be leaving with great sadness next week, on 10 October – and with great relief that the islands were, unlike others in the region, untouched by Hurricane Matthew.  It hardly seems possible that it was almost three years to the day that we were in the House of Assembly for a memorable swearing-in ceremony.

We both count ourselves privileged to have lived in Turks and Caicos. Everyone, from Ministers and opposition leaders to resort owners and taxi drivers, have welcomed us warmly wherever we have gone, from shopping in Provo to walking in Middle Caicos.

It is important to look forward not back, something which I intend to remind myself of as I begin to work outside the Foreign Office.  I am optimistic about TCI.   It’s economy is looking stronger than most in the region, and we have an international brand which is increasingly recognized from New York to London.

It is vital that TCI’s leaders and population preserve its wonderful environment.  There is plenty of space for development, and what has happened in South Caicos, for example, in the past three years with a completely new runway under construction and new resorts is an extraordinary example of TCI’s economic strength.

TCI’s success is based heavily on the fruits of private enterprise, and in the future, as one senior public servant said to me just last week, the civil service needs to continue to raise its game.  It’s good that motivation and training is being increasingly recognized, but there are still vulnerabilities, for example in delivery and customer service, where we need to get sharper.

Similarly it is my hope, and that of Ministers in London, that whoever leads the country after the next election will retain and strengthen the open and corruption free government TCI has developed, and a rigorous and resilient economy.  Our painstakingly achieved reputation, demonstrated by the fantastic achievement of a Triple  B plus rating from one of the world’s largest rating agencies over the last two years, can be dashed quickly. A return to the high spending extravagances of an earlier era could be disastrous. 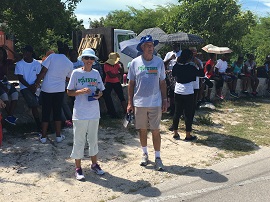 Above all my optimism is based on seeing the younger generation of Turks and Caicos Islanders starting to make their mark on the country. The thousands of schoolchildren Jill and I have met across all the islands during the annual Footsteps4Good charity walk, and through the Cadets Corps, have an energy, enthusiasm and charm which could take TCI to a higher level. The country saw how one young man, Delano Williams, carried the baton, literally, at peak level in this year’s Olympics. He told me last month that he is determined, despite the setbacks, to continue to perform at world levels for the foreseeable future. I hope there may be a chance to see Delano compete again in London next year.

As I continue to travel and work in Britain and other countries, I know that there will be plenty of opportunities to sing Turks and Caicos’s praises, and I hope to return to see my optimism translate into a confident, successful and caring country, whether it’s people choose to remain part of the UK, or eventually opt for an independent future.

Thank you to everyone for letting Jill and me, and our daughters and grandchildren, share with you for three wonderful years a little piece of your country’s beauty, charm and purpose. 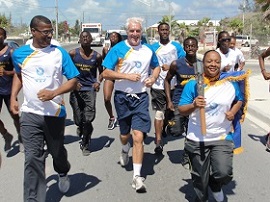