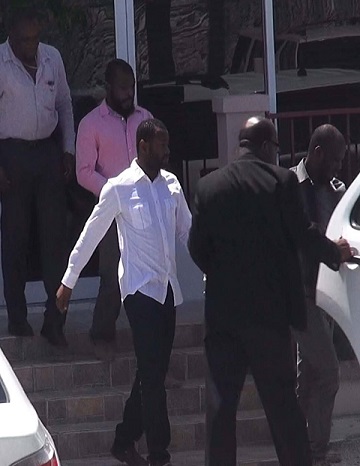 Providenciales, TCI, July 19, 2016 – Police have re-arrested the three men suspected to be responsible for the armed robbery at Sunny Foods on April 10 2016 which led to a large quantity of money being stolen and an ex-Police being shot as many as nine times.

The trio, 33-year-old Reginal Presil, 32 year-old Fritzer Prevalus and Wilbert Almonor were on Monday charged for Conspiracy to Commit Robbery; again.  The gunmen in that bold daytime heist nearly killed Alboin Williams, and while investigators were unable to muster enough evidence against these suspects to charge for attempted murder while committing this shocking crime, they also did not satisfy the court in the first sufficiency hearing and the judge threw the case out.

Now, the three were back in court today, no plea was required and they are remanded to HMP until Friday, when there is a second sufficiency hearing.