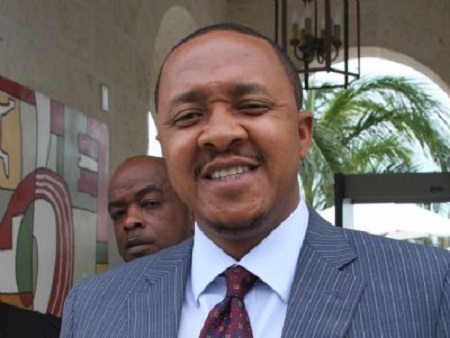 Providenciales, TCI, July 19, 2016 – In a stunning announcement late on Monday, the former Minister for Natural Resources and former South Caicos member of parliament, McAllister ‘Piper’ Hanchell, announced that he will run in the upcoming General Elections.  Hanchell said he simply cannot ignore the call of so many who want to see him return to front line politics, despite a controversial end to his political career in 2009.

Hanchell is among those charged for alleged corruption while in office under Michael Misick by the SIPT, who weeks ago announced his candidacy.  I quote Hanchell now, “South Caicos is my hometown and I shall forever hold it dear to my heart. Many persons in the community have reached out to me requesting that I return to elected politics and champion the progress that I began while in Government.”  Hanchell, also a staunch PNP, is not running on the party ticket, he is running independently for electoral district #3.