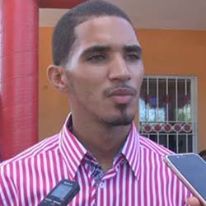 Providenciales, TCI, July 19, 2016 – The Dominican Community is speaking out too, saying they appreciate the protection and support of TCI authorities adding that the single incident broke out away from where they were holding an assembly at the conclusion of their march from the Gus Lightbourne Gym to Kishco on Airport Road.

Edwin Hernandez, who has been spokesperson for Dominicans resident here and is an assistant in the General Consulate office for the DR in the Turks and Caicos Islands, issued an explanation yesterday.  Hernandez, who said the statement has also gone to the DR, informed that the march was not just for Dominicans and that there is respect for the human rights of everyone and the laws of the TCI.  He said the action of the man, who may have been intoxicated, was out of their hands.  He said the march was arranged to bring attention to the crimes against humanity and to express their grief.