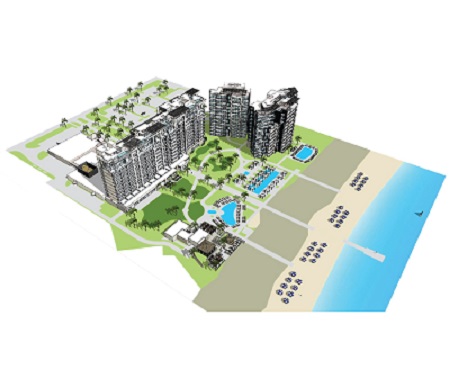 The People are well deserving of the opportunities the development will bring said the Premier, Hon Dr Rufus Ewing in a media statement today issued to express TCIGs gratitude in the ruling of the Chief Justice.

CJ Margaret Ramsay Hale ruled in favor of the Government which argued that indeed consultation was sufficient and with changes to the Planning Policy, the wind was knocked out of the sails of the plaintiffs in the case.

The Tuscany and the Venetian owners argued that their properties were adversely affected by the policy changes which would enable the 12 storey development to go forth and that consultation was anything but wide. I quote the Government’s release:  “However, the Government was and remains satisfied that consultation was in fact widespread and that interested persons were given ample opportunities and means to communicate and engage with the Government on the proposed amendments via stakeholder meetings, email, letters as well as through public town hall meetings.”

Those policy changes which give the Governor and Cabinet greater power in deciding on what can or cannot be built in the TCI also increases the permissible height of apartments, condominiums and hotel buildings and increasing the density of the number of bedrooms per acre and based on the type of development in certain areas on Providenciales.  Grace Bay, Turtle Cove and Northwest Point are among the areas named in the amendments.

Related Items:CJ Margaret Ramsay Hale ruled in favor of the Government, ruling goes in favor of government in 12 story development, the tuscany and venetian strongly against 12 story grace bay development