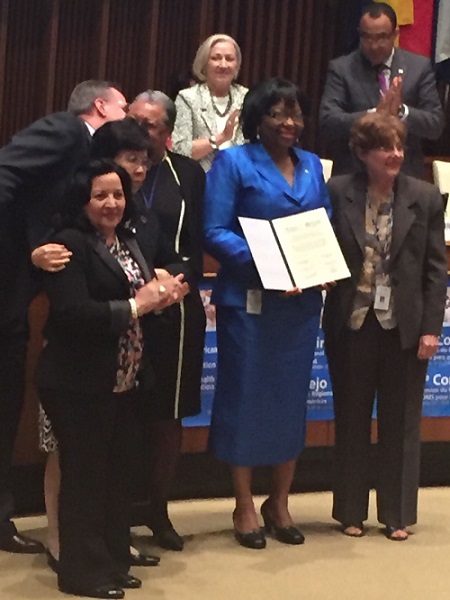 The process began within the Americas in 2007 where countries were urged and agreed to work towards the elimination of Measles, Rubella and Congenital Rubella Syndrome (CRS).   Measles and Rubella are highly infectious diseases which affect the respiratory system; CRS can be contracted by infants born to mothers who have not received the rubella vaccine.  The last reported case of Rubella within the Americas was in 2009, this allowed the International Expert Committee (IEC) to validate the region as having eliminated Rubella and CRS in 2015.  Measles was scheduled to be a part of this validation, but because of the outbreaks in Canada, the United States, Brazil and Ecuador during the period in which the region was to be validated, the verification was withheld. 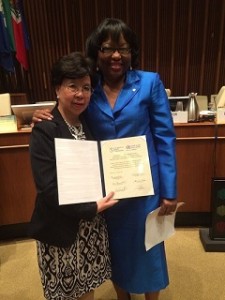 “Today we say bye-bye to indigenous transmission of Measles.  We celebrate this historic day in which the scourge has been eliminated,” said Dr. Carissa Etienne, Director of the Pan American Health Organization (PAHO).

Premier Dr. The Hon. Rufus Ewing stated;  “The Turks and Caicos Islands is elated to be a part of this great success.  The country has always boasted of its high coverage in Measles and Rubella vaccination over the years, due to the hard work and dedication of our public health staff and public health policies over the years.  We will continue to work to maintain a high coverage in all vaccines and to go even higher.”

Elimination does not mean eradication and so the work must continue to ensure that we keep the TCI Measles, Rubella and CRS free.   In attendance at the 55th Directing Council and also the conference on Medical Health Tourism is the Hon. Premier and Minister of Health Dr. Rufus Ewing, Permanent Secretary Mr. Wesley Clerveaux along with other members of staff from the Ministry of Health, Agriculture and Human Services and the office of the Premier.