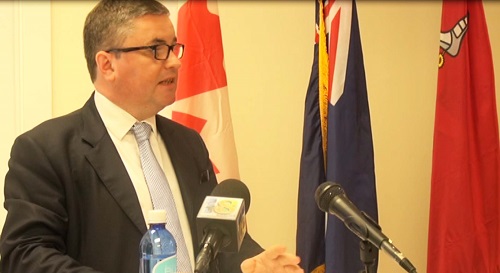 Providenciales, TCI, September 28, 2016 – The Joint Ministerial Council or JMC meeting in London from November 26-27 is where the Premier is expected to get a response to his demand for the British to remove the UK appointed Chief Financial Officer from TCIG.

It is likely the final official function Hon Dr Rufus Ewing will attend as Premier on this side of the General Elections; and UK Solicitor General who was in country for the Attorney General’s Conference held last week, where the Premier delivered remarks which were both chastised and complimented, had something to say about the hotly delivered speech.