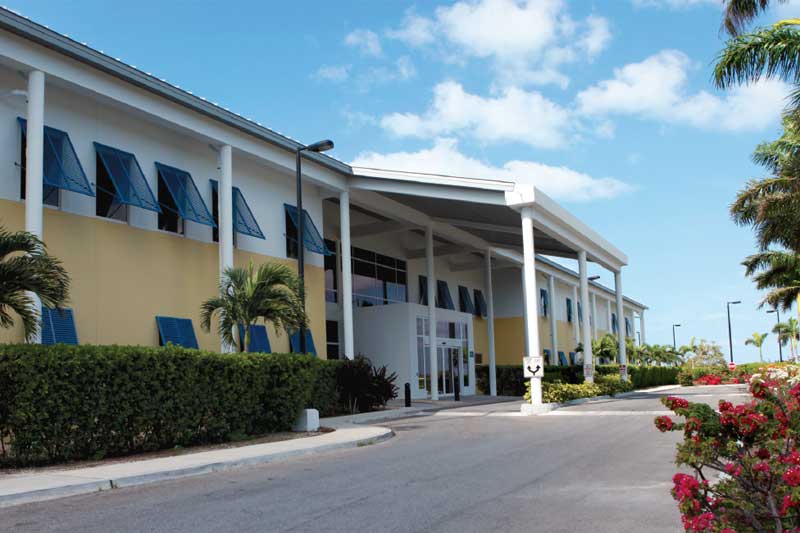 Providenciales, TCI, July 27, 2016 – A dead baby goes missing at the Cheshire Hall Medical Center and now two investigations are launched to determine how a fetus got lost for 18-hours between Monday and Tuesday here in Provo.  A report of a startling case emerges and the myriad of problems in this medical mishap are not only many, but frightening.  In a late night report to Magnetic Media by PDA candidate for the Leeward & Long Bay Constituency, we learn of a young Turks and Caicos woman who not only miscarried her baby but was told by the medical staff at the Cheshire Hall Medical Center, that they could not find the child.  Calsada Johnson recounted the horrific facts of the situation, saying for 18 hours no one knew where the baby was and it was her incessant requests that caused a Ministry of Health senior official to step in and to personally search the trash, where the three month old, prematurely born, baby boy was found.

Johnson explained that around 5pm Monday the woman miscarried the child, that her body just expelled the baby and that it took calling the Police to get to 911 which was not answering the phone.  By the time medics arrived at the Lower Bight home, the mother was ready to go, her child was apparently already deceased.  Johnson said the service at the Emergency Room was slow, no sense of urgency and with the focus on the bleeding young woman, they trusted that hospital staff had the child.  By 9pm, the family felt the woman was out of medical danger and asked for the baby.  No one knew, said Johnson, where the miscarried baby was.  She said that hours later, there was a promise by a senior health official to get involved; that promise was kept but did little to allay family fears about what happened to the child.  Around 1pm on Tuesday, the health official called and explained that the baby was found… when pressured about where, it was said the premature fetus was found in the garbage bin.

Calsada Johnson said it was unbelievable the treatment the family received and said this to Magnetic Media when we asked her what she wanted to see happen.  “Someone needs to take responsibility for what happened and we need people at the hospital who will be more sensitive and responsible professionals.  The baby is a human being and no one deserves to be discarded like that.”

The young woman, who is already the mother of one was admitted and suffered at least one emotional break down.  The woman, whose identity we were asked to withhold was described as: “She is better today, still down because of all that has happened and she seems to be in good health.”  Johnson, who said these types of representations are a part of the work she now finds herself doing as the named candidate for the PDA in Electoral District #5, told us what she thinks of this mess where a dead baby was lost by the hospital or the ambulance crew for nearly a full day; “I think it is appalling that in this day and age that we are still going though things like this and at a hospital that is supposed to be state of the art.”

The TCI Hospitals and the Ministry of Health are both investigating the matter, independently of each other.  Health Minister Rufus Ewing informed Magnetic Media that he has authorized a team and new PR Executive for Interhealth Canada, Nikira John explained their findings at TCI hospitals will be turned over to the Ministry of Health to aide in the Ministry’s mission to get to the bottom of this case.