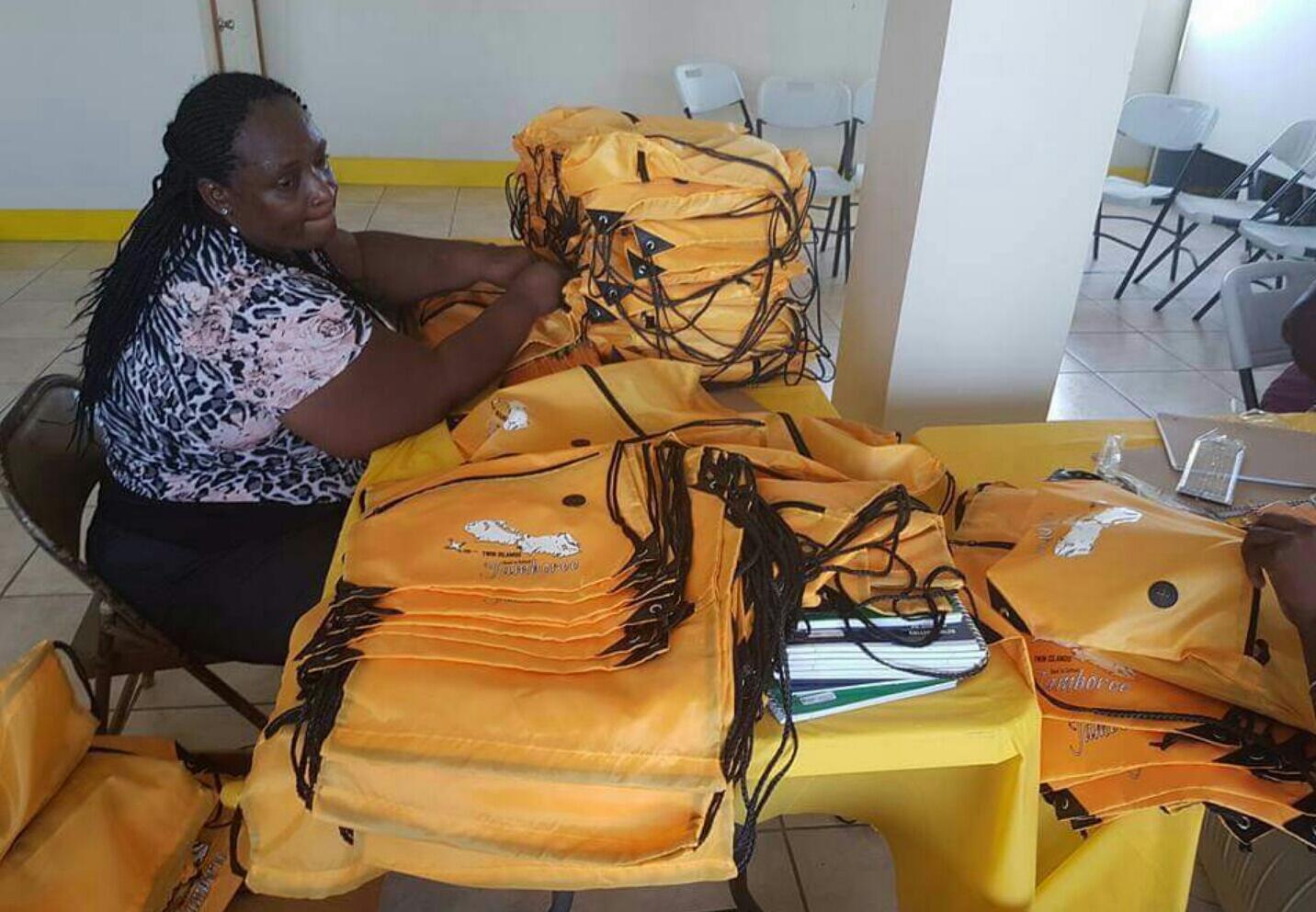 Providenciales, TCI, September 6, 2016 – Mark Fulford, the PNP Candidate for North and Middle Caicos was among those stopped before holding a back to school event for children of his potential constituents after the Elections Office warned about ‘treating’ which is any gift given by candidates or those linked to candidates ahead or during a general election.
Mr. Fulford called the law faulty because among other things it calls an event corrupt even before it is proven to be so.
“If you observe section 70, it says any person who corruptly gives or provides or corruptly influences, aside from being grammatically incorrect Deandrea, it means that  if as a part of a corrupt action or enterprise, so that means that it has to be established that an event is part of a corrupt action.   I wonder if you can see the problem there, because when I wrote to the commissioner, I laid out the event in its entirety, and I said to them that if any of the items outline as  breach in any of the stipulations of the law, then I would be open to altar the event in order for it to fall within the stipulated guidelines.  No such suggestions were offered.” – Mark Fulford

Magnetic Media asked him about some comments he made in a media release issued to notify the children that his back to school jamboree was cancelled.  Did you usually give back to school gifts to the children of North and Middle, we wanted to know…
“Over the years, I’ve always done smaller events or provided individualized assistance to young people of the Turks and Caicos, and also to my Alma Mata the Raymond Gardiner High School.  As a private citizen, I’ve made annual donations to assist in various projects to assist my school.  I also have a robust internship program here at F. Chambers, and we’ve trained and provided opportunities to many young people from North and Middle, as well as other parts of the Turks and Caicos over the years.  My contribution was made in private, i’m now vying  for public office, so these efforts take on a public life.” – Mark Fulford
On popular social media thread on Facebook, Speak Your Mind TCI, there was criticism because the school bags planned for distribution to these non voting members of the community were PNP yellow.
Mark Fulford said the bags were only meant as holding bags for the goodies to be put inside and that there was no Mark Fulford message, no vote for Mark on the bags and nothing about him on the bags.
The law of treating is not new and before the 2012 General Elections it was especially highlighted, we asked the PNP’s twin islands candidate why he waited until now to challenge the stipulation.
“You know I can appreciate the comment, obviously i’m now running for office,  but I wrote to the electoral and integrity commissions just because my team and I wanted to obey the law and to be seen to care about being lawful, which is the truth, law must be precise and clear, that section is drafted very poorly, which is not the commission’s fault either, but their interpretation of it cannot make sense.” – Mark Fulford