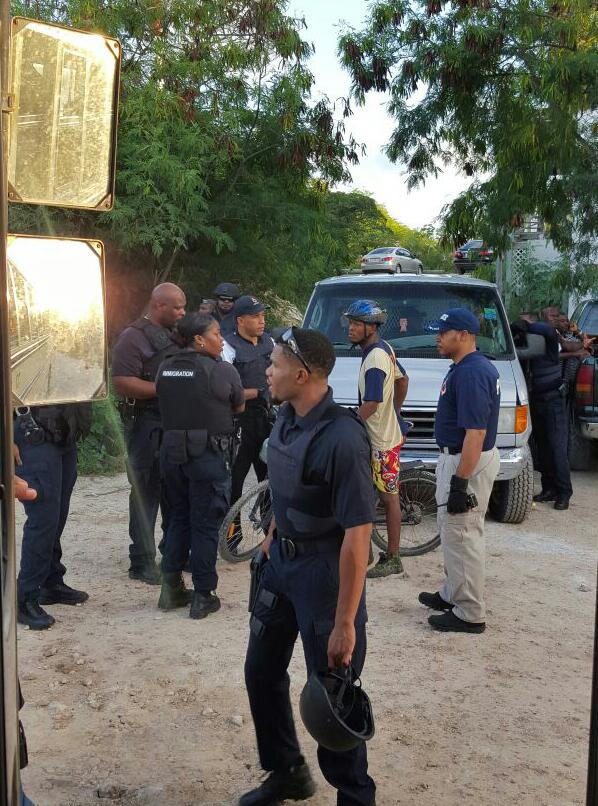 Magetic Media, July 9th, 2016 – CRACK DOWN ON ILLEGALS IN TCI in early hours of Saturday sees a multi agency raid in the Bight.

Twenty six illegal Haitians and a Dominican including five small children were taken in; the group was living illegally in bushes behind Caicos Lodge in Provo.

The group had at least three shacks illegally constructed.

The raid involved Planning Department, Environmental Health Department, the Immigration Department and Police who had been surveilling the area, Magnetic Media is told.

It is a part of an initiative to curtail crime.

No drama during the raid we understand though some illegals got away and one man who tried to escape broke his ankle when he jumped from a roof.

The raid took place around 5 am today, July 9.