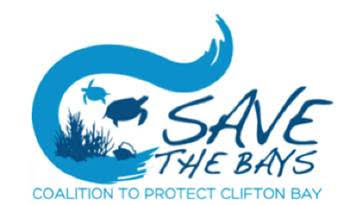 Fast-growing environmental movement Save The Bays today applauded the government’s announcement that it would pass a Freedom of Information Act this year following public consultation.

“Freedom of Information is one of the basic tenets of any democracy and was one of the first five goals for which Save The Bays was founded,” said Joseph Darville, chairman of the organization with nearly 20,000 friends on Facebook. “We congratulate the government of The Bahamas and the Minister of Education, Science and Technology, Jerome Fitzgerald, under whose portfolio Freedom of Information falls.” 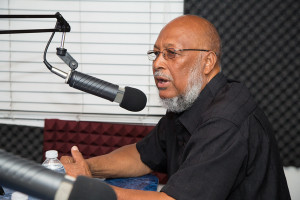 While Darville offered plaudits for what Save The Bays continually says is “the principle of the public’s right to know the public’s business,” he also urged the government to pass a bill with real teeth.

“We don’t want the dentures version of this legislation,” he said. “We want a bill with real teeth. The public has a right to know the decisions that are made on our behalf, decisions that are made hopefully for our benefit and for the benefit of generations to come and decisions that rely on our, the taxpayer’s, funds for implementation. Paying lip service to freedom of information and then couching the legislation in terms of not releasing much of that information using words like ‘not available because of a national security risk’ will not do. Bahamians are becoming increasingly savvy and we won’t fall for a national security risk answer any time we ask a reasonable question concerning the signing of a contract or the approval for a development, the granting of Crown Land or the sale of natural resources.”

Members of the media and the Bahamas Press Club have been calling for freedom of information legislation for years. The call grew louder in recent months as continuing dump fires fowled the air and filled the skies with toxic fumes while the contract with a new dump management company remains a secret.

“Members of the medical community have warned of both short-term and long-term dangers from the smoke; hundreds, maybe as many as a thousand, demonstrated in black with masks over their faces in a peaceful march organized by RABL last week and yet we still do not have access to information that should be in the public domain,” said Darville. “Introducing an amended bill and inviting extensive public consultation online as well as at town hall meetings is a positive move in the right direction.”

A Freedom of Information Act was passed by the former administration, but never signed into law. When the present government came into power in May 2012, it promised to review and introduce an act, later saying the bill in its current form was flawed and lacking in strong regulations. It debated between a complete re-write and amending the former legislation. Earlier this month, Fitzgerald announced a substantially amended version would be available for public consultation and comment.

“Despite the headlines in various papers, Save The Bays wishes to take the high road that we must all walk if we are going to reach a consensus on how important the environment is to each and every single person in this great nation and learning what our government – whichever government is in power, it does not matter – learning what our government is doing with regard to development, marine protection, natural resources, air and water quality is an essential tool for quality survival.”

A petition that includes calling for Freedom of Information among other principles has drawn nearly 7,000 signatures on the Save The Bays website www.savethebays.bs and news is constantly updated on its Facebook page.