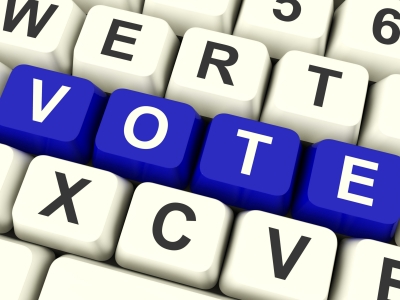 More islands won by Virginia Clerveaux, but more votes went to Patterson Williams and with that final tally in late on Friday, Williams of the Government’s IT unit was declared the new president of the Civil Servants Association or CSA.

His vice president will be Tamar Butterfield, who swept the VP race winning more votes and proving to be the favorite candidate in all of the islands. Today, the new executives will be officially presented and they will give their first remarks in the new post.

Shockingly though, of the over 2,000 government workers who could have voted in the CSA elections last Thursday; less than half turned out at the polls.

Total votes cast was 738; Mr. Butterfield got 514 over Vershina Forbes’ 224 while Williams won the island of Grand Turk and had only 24 more votes than Clerveaux.

76% of TCI have no voting voice, 25% chose to remain silent
Use Vote graphic, to be sent

In a Magnetic Media original report, we have found that only 23% of the population of the Turks and Caicos will determine the political direction of the country come next general election; this from an evaluation of the current voter numbers provided by the Elections Office.

This figure is concerning when the TCI is compared to regional and even parent country – the UK. The percentage is small and suggests a daunting reality. Magnetic Media put the TCI’s figures against Jamaica, The Bahamas, Haiti, Guyana, the United States, Cayman Islands and the United Kingdom.

In Jamaica, 64% of its population is eligible to vote. In the Cayman Islands, that leaps to 77%. In nearby Bahamas, the figure for those who can vote is 73%, while Haiti is at 60%. As for the USA, of its 322 million citizens, 73% can participate and the UK records that 69% is able to chose the government.

The TCI Elections office says there are about 7,500 people on the newest voter list which is 23% of the population, which means 24,500 people have to live with a decision made by less than a third of the people living in the country.

Even at the Elections Office position that there are 10,000 people who are actually eligible to vote; it means that still only 31% of population get to choose the elected government. More concerning is that only that amount is considered to be adult citizens who are qualified to vote; it again points to the high percentage of foreigners in the TCI.

To date, some 2,500 who can vote, remain off the register; which means 25% of those eligible have chosen not to have a voice at the polls as they are not even registered to participate in a national election.

PDM comes out in full force, says election season is on