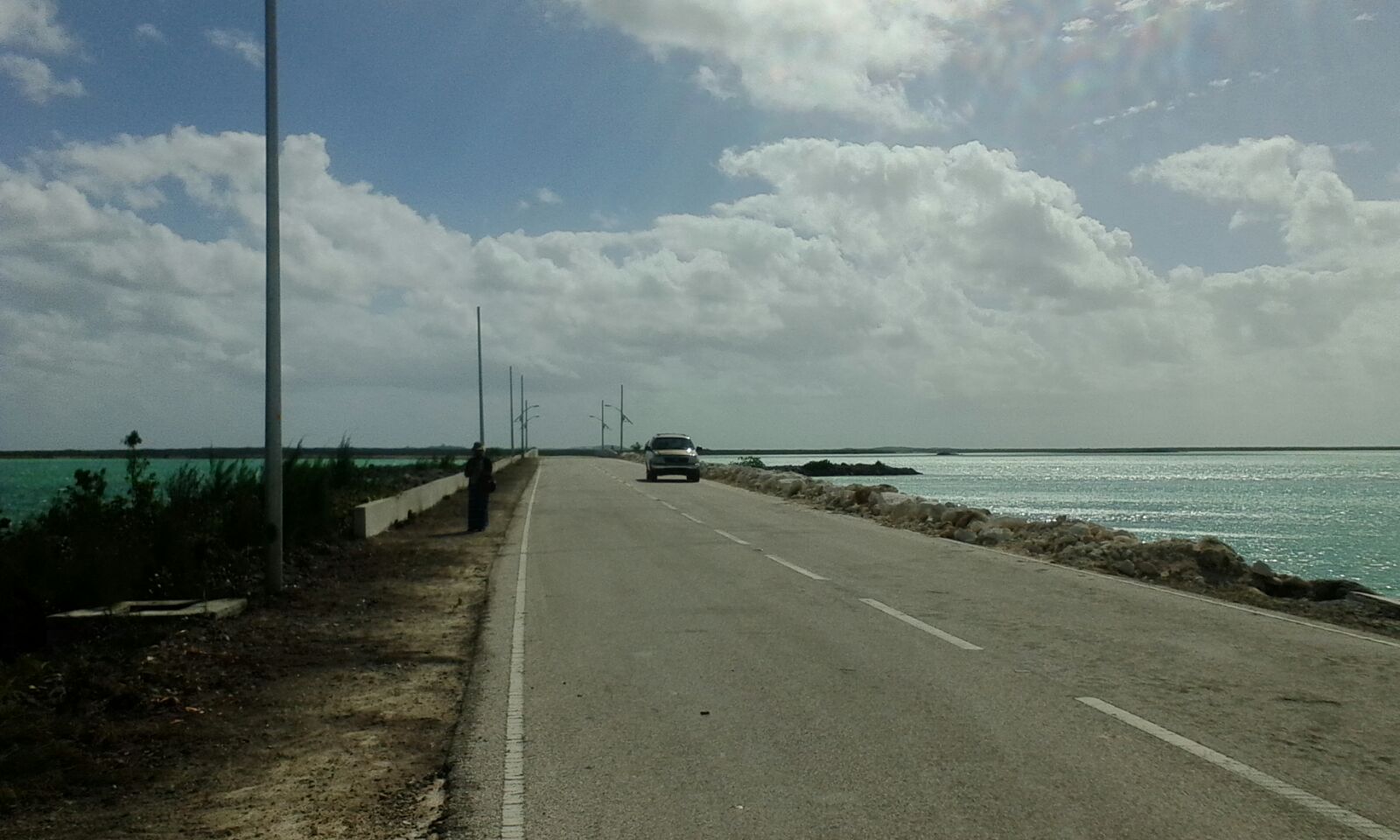 Providenciales, 09 Mar 2016 – The current PNP Administration went one step further to pay tribute to the two young men who drowned when their boat overturned in January 2007 when trying to cross the waters between North and Middle Caicos; their death was just months before the causeway was completed.

Government today named the rebuilt causeway in the memories of Marco Williams and Jevon Missick who died when they tried to navigate the sometimes treacherous waters.

Today, ribbon was cut and the new name unveiled in tribute to the lives lost over the years on that trek.

A two phased construction, pegged at $2.9 million and awarded to JACA TCI turned out a new stretch of roadway which should not only illicit better reviews on TripAdvisor but also make for safer, more reliable passage even when the waters are raging.

Some have expressed concern though that the causeway is not tough enough as October’s hurricane Joaquin flooded the causeway.

It was announced that the project, started in June 2015 would be completed by December 2015; Joaquin and other inclement weather delayed completion.

Still, today was about the end to a six year wait for a renovated link between the country’s two largest islands; the causeway is now called The Missick Williams Causeway.