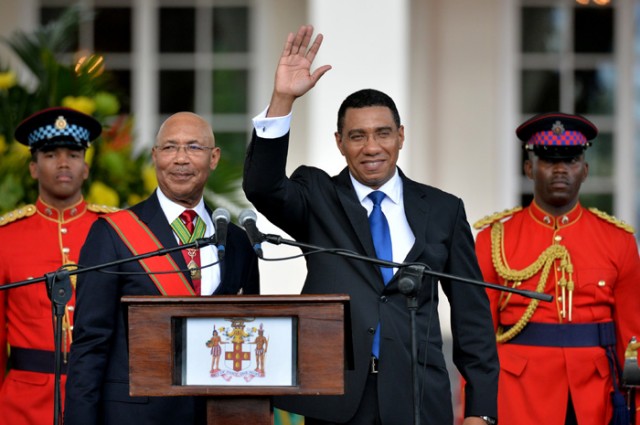 The Ceremony was held Thursday March 3, 2016 on the lawn of King’s House in Kingston; the Governor General’s residence.

On February 25, now Prime Minister Holeness led the Jamaica Labour Party to victory over the incumbent PNP in a tight race, which gave the JLP 33 of 63 seats in Parliament.