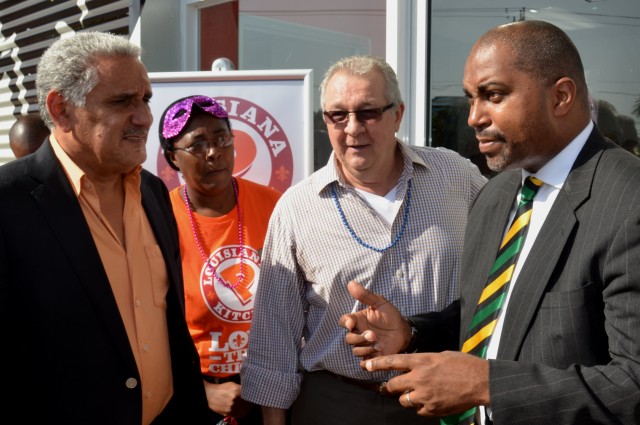 “Any new business in this economic environment is important. Popeyes employs about 20 persons and that is 20 new jobs in an economy, which is critical to (its) overall growth and development,” the State Minister said.

Mr. Robinson was speaking at the restaurant’s official opening at the Cross Roads Shopping Centre, in Kingston, on February 16.

The State Minister, who is also Member of Parliament for St. Andrew South Eastern, the area in which the restaurant is located, hailed the effort of its staff in incorporating locally sourced ingredients in meals.

This, he said, is critical as it further enables growth and development of the local economy. Mr. Robinson wished the business continued success and longevity.

Mr. Lake also told those in attendance that the business was opened on time and within budget.

Following the opening, the State Minister, the CEO and other stakeholders toured the facility.