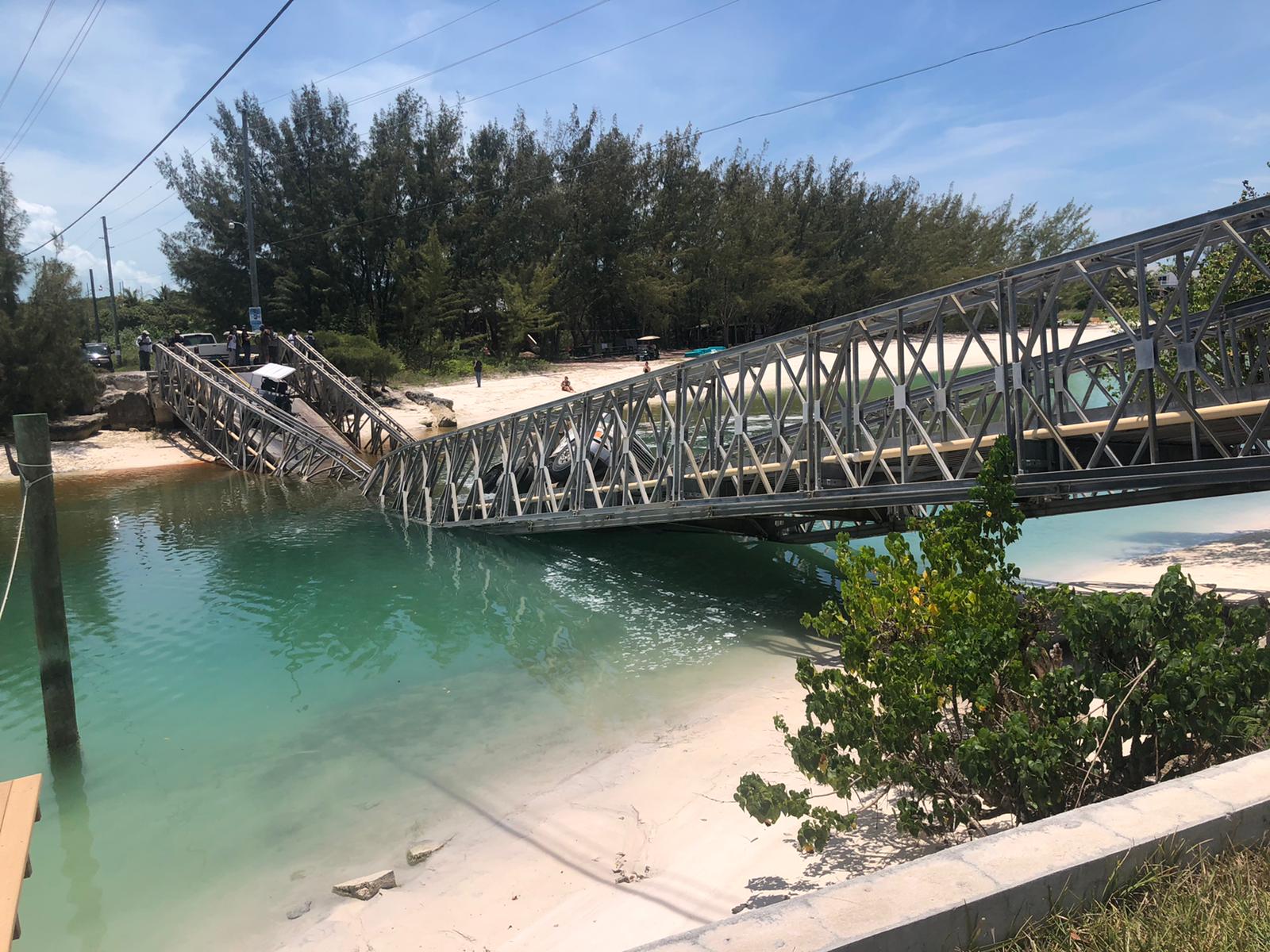 #Eleuthera, The Bahamas – May 6, 2020 — Russell Island is a relatively unknown, yet vital part of a two-island community and destination with the more popular, Spanish Wells.  Both are off the northern tip of mainland Eleuthera in The Bahamas and today its Roderick Newton Bridge collapsed.

Reports indicate there were no injuries.

Russell Island, is a popular villa rental community, known for fantastic beaches and it is linked to Spanish Wells – or used to be – by the collapsed bridge shown in these photographs, which were shared over social media.

Just over three miles long, one can purchase 16-acres of pristine land
on Russell Island in the east for roughly $2.5 million but today, its usual allure was rudely and dangerously interrupted.

Now, the island is without running water and its only motorway; it is unclear how many people are directly affected by the crumbled structure, but the water main, according to an Eyewitness News (Bahamas) report, was attached to the deteriorating bridge and went down in the freak accident.

A cement truck and golf cart were trying to cross when the Roderick Newton went down in the channel running below.

Plans for a new bridge were imminent.

Bahamas Senator, Clay Sweeting (PLP) said in the media report that materials for a refurbishment project were already on Russell Island; but those materials were just sitting there.

The bridge was installed in October 1992 as a replacement to the one decimated in Hurricane Andrew of August the same year; it was meant to be temporary but has been in service for nearly 28 years.

The Roderick Newton Bridge was on a list of dilapidated infrastructure presented in a heated letter to the Christie Administration by the people of Spanish Wells in February 2017.