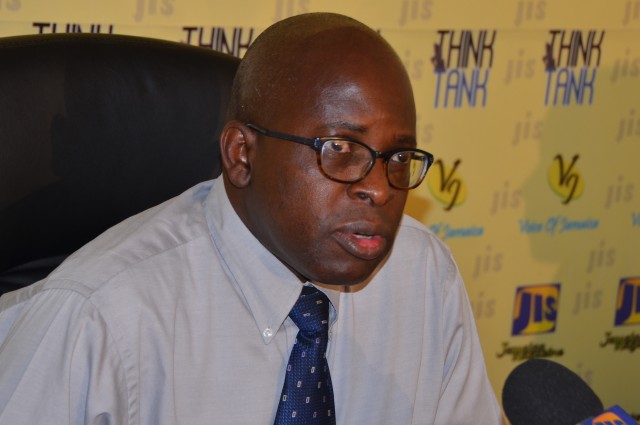 KINGSTON, Oct. 22 (JIS): Three years after the implementation of energy efficient solutions at the Jamaica Information Service (JIS), the agency is reporting savings of 17.5 per cent per annum on its energy bill.
The solutions, which include solar control film on windows, cool roof solutions, and overhaul of the air conditioning (a/c) system, were provided under the Energy Efficiency Conservation Programme (EECP), aimed at reducing energy costs across the public sector.

Public sector entities are responsible for almost 12 per cent of the country’s overall energy consumption and the Government spends some $14 billion annually to pay for electricity.

JIS was among the first entities to benefit from the EECP, implemented in 2011, through funding by the Government in partnership with the Inter-American Development Bank (IDB).

Technical Officer for the EECP in the Ministry of Science, Technology, Energy and Mining, Lincoln Dean, said the figures indicate a steady decline in energy consumption at JIS, which translates to an increase in cost savings for the agency.

Mr. Dean, who was speaking in an interview with JIS News, informed that in year one of the project, the agency saw reduction in consumption of just over three per cent from the application of the solar film (tint) energy conservation technique on windows to reduce light and heat.

In year two, the cool roofing coat was added, also to cut down on the heat, and this, along with the tinting of windows, resulted in a nine per cent reduction in energy consumption.
With replacement of the old a/c unit with a more energy-efficient model in year three, consumption dropped by 17.5 per cent.

Chief Executive Officer (CEO) of the JIS, Donna-Marie Rowe, said cost containment continues to be a key objective of the JIS and the EECP has contributed significantly in reducing the agency’s energy bill, especially with the installation of the new air conditioning unit.

The CEO, in applauding the energy efficiency and conservation initiative, said the Ministry worked well with the agency to execute the various elements of the project with minimal disruption to operations.

Director of Corporate Services at the JIS, Errol Gardner, said that in addition to the energy savings, the EECP’s intervention has created an atmosphere that is more conducive for work.
He noted that productivity has improved as staff are more comfortable and are working longer hours.

Overall, the Government has realised savings of approximately $80 million to date under the EECP, which has been implemented in 40 public sector agencies.

Entities such as the Office of the Prime Minister, the Kingston Public and Victoria Jubilee hospitals, Montego Bay Revenue Service Centre, and the Ministry of Finance and Planning are also benefitting from the retrofitting of their buildings.

“Those institutions are also showing at least two to 17 per cent savings,” Mr. Dean informed.

The EECP was scheduled to end this year but it is being extended for two more years, which will enable other entities to benefit.

Mr. Dean said the objective of the Government is to retrofit the entire public sector with energy savings systems, so that the Government will serve as a model for energy efficiency and conservation in Jamaica.