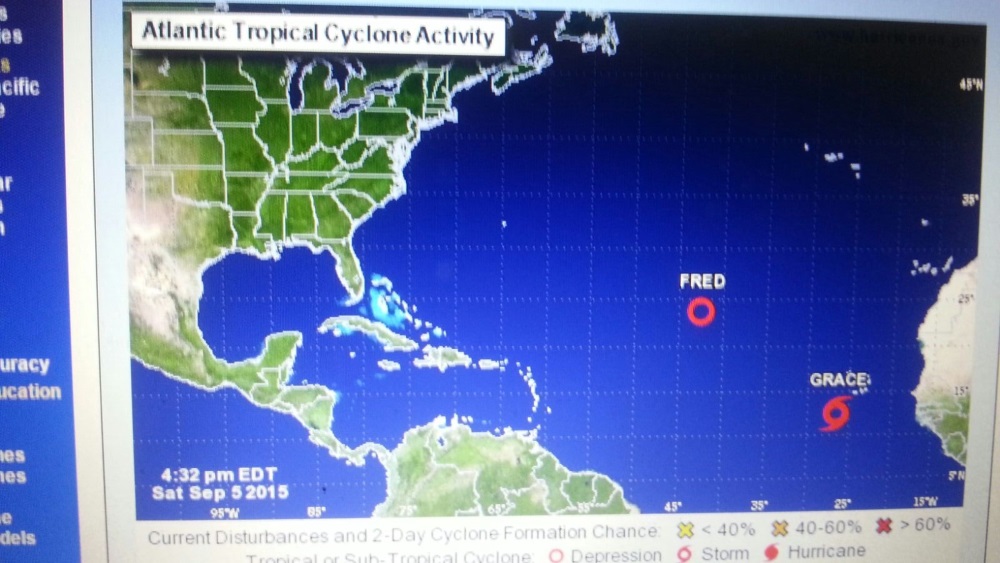 Providenciales, 06 Sept 2015 – NEW Tropical Storm is now formed in the Atlantic and current trajectory puts it on a similar path as TS Erika.

TS Grace, as she’s called is moving toward the west near 15 mph and a continued general westward motion with some increase in forward speed is expected over the next 48 hours.
The Department of Disaster Management and Emergencies in the TCI says it is gearing up the week to commemorate the 7th year since devastating Hurricane Ike.