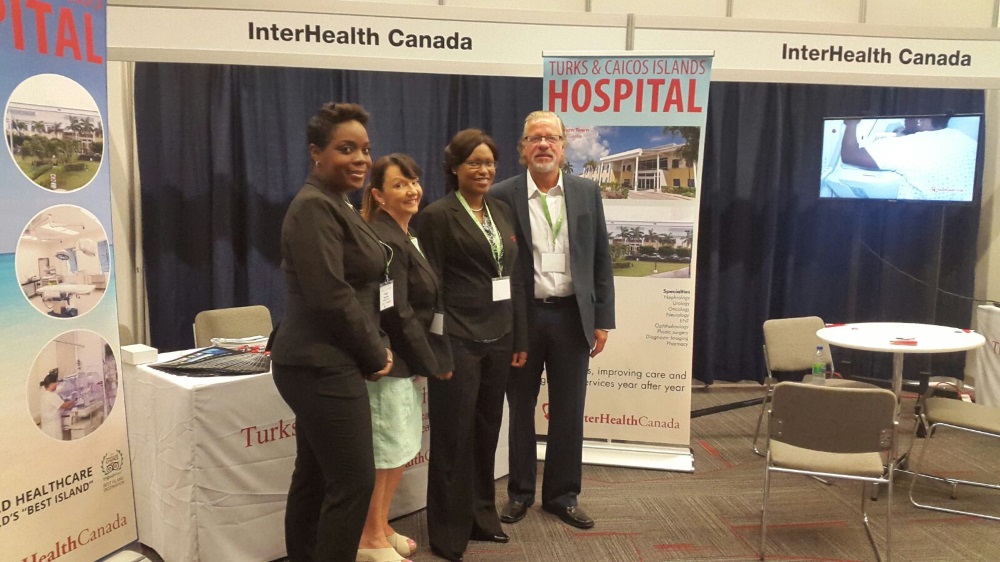 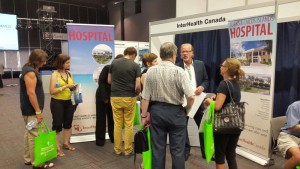 Providenciales, 03 Sept 2015 – Despite competition from regional medical hubs like Cuba and the Dominican Republic, the TCI Hospitals were present and accounted for at the recent Destination Health expo held in Montreal, Canada.

The medical tourism trade show in late August, which was said to be the first of its kind event held on Canadian soil allowed medical services companies to vie for the over $400 million dollars Canadians reportedly spend on health care outside of their country every year; Destination Health says some 800,000 Canadian travel for care.

Magnetic Media spoke to PR executive at the TCI Hospitals Takara Bain who revealed the strongest selling point for the TCI three person delegation, is the fact that Providenciales is the World’s #1 Island. The fact was featured on the hospitals showcase set up at the expo where Interhealth Canada was named as a sponsor and the trip from the Turks and Caicos was funded by InterHealth Canada Global, 100% according to Ms. Bain.

Already knee and hip replacement surgeries are being done at our two hospitals thanks to a liaison the TCI Hospitals have with Global Med Choice.

When asked if the local facilities could spare the beds for the visiting patients, Bain explained that the current out of town patients are usually shorter stays at the hospital during their treatment with longer stays at any TCI resort, where the patient’s recovery time is also spent.

Admittedly it is new territory for the TCI Hospitals; the plan is to attend Destination Health again next year.